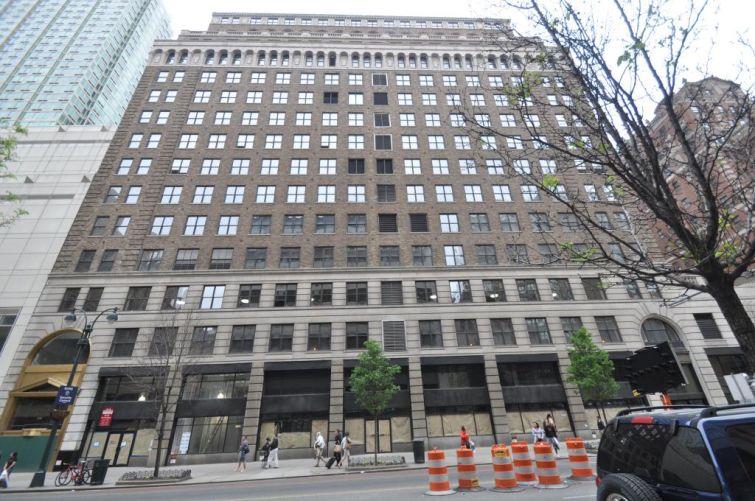 Yodle is headed north after signing a lease in a Vornado Realty Trust building in Midtown South, as the landlord tries to reinvigorate the area.

The online marketing company inked a deal for about 114,000 square feet on the top three floors of 330 West 34th Street between Eighth and Ninth Avenues, according to Yodle. That’s an expansion from the 85,000 square feet it was poised to take in the 18-story building last July.

Asking rents were in the $60s per square foot, according to Crain’s New York Business, which first reported the nine-year lease. The names of the brokers in the deal were not immediately available.

Yodle is leaving its current Midtown South office at 50 West 23rd Street, according to Crain’s, with the company and the landlord investing to remodel the new West 34th Street space. The $10 million project includes a new skylight. Vornado shelled out $6.4 million, while Yodle pitched in $2.2 million.

Signing Yodle adds on to other big leases Vornado has signed to the 700,000-square-foot structure. Women’s clothing company New York & Company in February 2014 inked a deal to move its headquarters to 185,000 square feet at 330 West 34th Street.

Vornado is planning to spruce up its holdings in Penn Plaza, where it owns about 9 million square feet, The Wall Street Journal reported last week. While ideas are in the early stages, the landlord plans on installing new retail space and public plazas to draw big tenants to the area.

The tech company wanted to be south of 42nd Street and west of Fifth Avenue, said Court Cunningham, the chief executive officer of Yodle. It found the right fit at 330 West 34th Street with open spaces that allowed for collaboration between employees. Being in a bustling area near development at Hudson Yards also puts Yodle as an anchor for the area, Mr. Cunningham added.

“We wanted to be on as few floors as possible,” he said. “I think the Hudson Yards over the next few years is going to be phenomenal.”

Spokespeople for Vornado did not immediately return requests for comment.

Update: This story was edited to include a comment from Yodle CEO Court Cunningham.