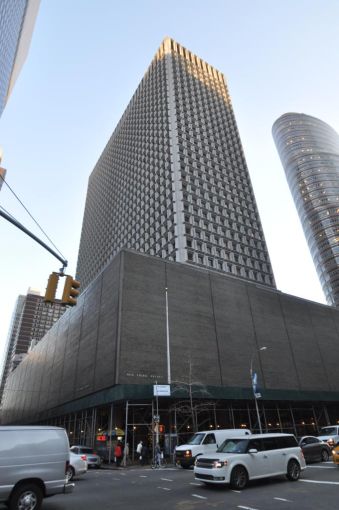 A major advertising agency is consolidating some of its office space by inking a sublease at 909 Third Avenue between East 54th and East 55th Streets.

The Interpublic Group, one of the world’s largest advertising and marketing companies, inked a deal for 112,300 square feet, according to The Real Deal. It gives the advertising powerhouse more than 300,000 square feet in the 32-story building.

IPG will move from 1114 Avenue of the Americas, a Brookfield Office Properties building. It is subleasing the new space at 909 Third Avenue from Forest Laboratories, a pharmaceutical company.

The company’s corporate group will take up part of the 20th floor and all of the 23rd to 25th floors at 909 Third Avenue. In 2012, it inked a deal for 220,000 square feet at the Vornado Realty Trust property, moving several subsidiaries such as PR firm Weber Shandwick from nearby 919 Third Avenue, as Commercial Observer previously reported. Rents for that deal—on the fifth through ninth floors—were in the $50s per square foot.

The asking rent for this deal was $52 per square foot, according to a spokesman for CBRE, and the lease is for 12 years.

It’s not the only big lease IPG has signed this year, however. In January, it announced a 278,000-square-foot, 15-year deal at 450 West 33rd Street, also a Brookfield building, with plans to move in later this year. It’s one of several advertising and technology companies that have inked deals in the building, also known as 5 Manhattan West, which is part of the landlord’s $200 million redevelopment project at Hudson Yards.