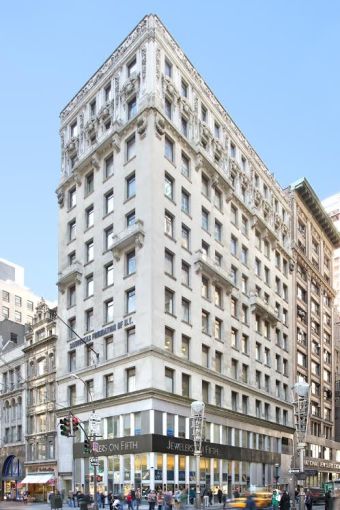 The property, which was sold for an undisclosed amount, sits on the corner of Fifth Avenue and East 47th Street in Midtown’s Diamond District. Today, there is a jewelry exchange on the ground floor and office space on the upper floors of the 11-story building, constructed in 1907.

Real Estate Equities was established in 1978 and is a buyer of multi-family and commercial real estate in the Northeast and South Florida. It has recently sold 375 West Broadway and 461 West 14th Street, the latter of which was sold to Savanna.

“Savanna’s capital work, combined with the property’s prime corner location in one of the world’s most highly trafficked corridors, have positioned 576 Fifth Avenue as a premiere office and retail building,” said Nicholas Bienstock, the managing partner of Savanna, in prepared remarks. “Tenants benefit from a newly improved property located at the heart of a district with numerous amenities, attractions and transportation options.”

In 2012, CO wrote about Savanna taking control of the leasehold at the property from Western Management. Since Savanna acquired the property, it has stabilized the tenancy and has made a number of capital improvements to the building.