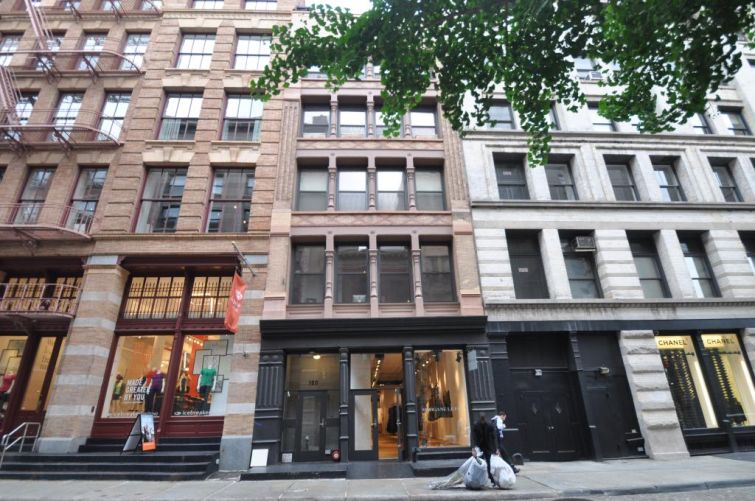 Balmain, which recently opened a London flagship, is preparing to establish its U.S. presence at Crown Acquisitions‘ 100 Wooster Street.

Women’s Wear Daily first reported news of the haute couture fashion house opening a store in the Soho building between Spring and Prince Streets, and Commercial Observer got the rundown on the 2,600-square-foot deal, from a spokeswoman for Crown. The store, to open in the spring, is on the main floor in the five-story building. In addition, Balmain took lower-level storage space. The lease is for five years with an asking rent of $450 per square foot. Fashion designer Morgane Le Fay is the current occupant and will be moving out in April.

Adam Dweck from Bluestar Realty brokered the deal, which was signed a week ago, in conjunction with Crown Retail Services and Sinvin Realty. He declined to comment.

“We are very excited to have such a prestigious brand occupy our coveted building,” Isaac Chera, a principal at Crown Acquisitions, said via a spokeswoman.

The 1900 building is 10,000 square feet, according to the spokeswoman, with four residential units and the one commercial unit. It is 100 percent occupied, the Crown spokeswoman said.