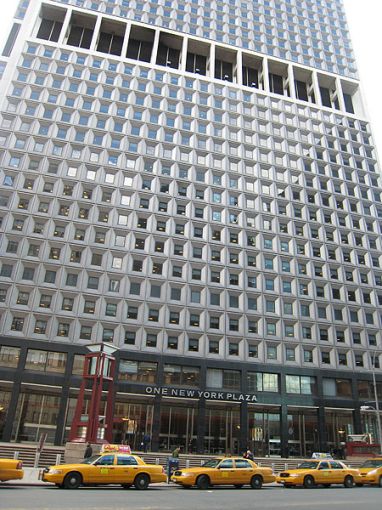 OSP Group, an online retail-brand portfolio catering to plus-size consumers, is moving its headquarters from Midtown to the southern tip of Manhattan at 1 New York Plaza, The Wall Street Journal reported yesterday.

According to the Journal, OSP Group signed a 15-year lease for 156,000 square feet on the 13th and 14th floors of the building. The 2.5-million-square-foot-tower is owned by Brookfield Properties. The company will be moving from its current locations at 462 Seventh Avenue and 463 Seventh Avenue, both between West 35th and West 36th Streets.

“The ability to find large floor plates with attractive economics in Manhattan is limited,” Mr. Goldman told Commercial Observer. “That’s why Downtown has become dynamic in that regard. Additionally, [this property is] sitting on a major transportation hub.”

Mr. Foster said that the deal highlighted the success Downtown experienced in 2014, and underscored the vitality of this property.

“We ended up leasing over 600,000 square feet for Brookfield in this building alone,” said Mr. Foster. “We were able to attract a diverse mix of tenants as well as some household names.”

Mr. McCuaig also emphasized the attractiveness of Downtown to tenants.

“This transaction brings the building to 95 percent leased and continues the trend of diverse midtown tenants moving to Lower Manhattan,” Mr. McCuaig said in an email to CO. “It also further validates the Downtown market as the best opportunity for forward-thinking tenants in Manhattan.”

As part of an economic incentive program from the Empire State Development and New York City Economic Development Corporation, OSP Group will receive a $1.8 million grant for creating 150 new jobs in the city.

Updated: This article has been edited to include a comment from CBRE.