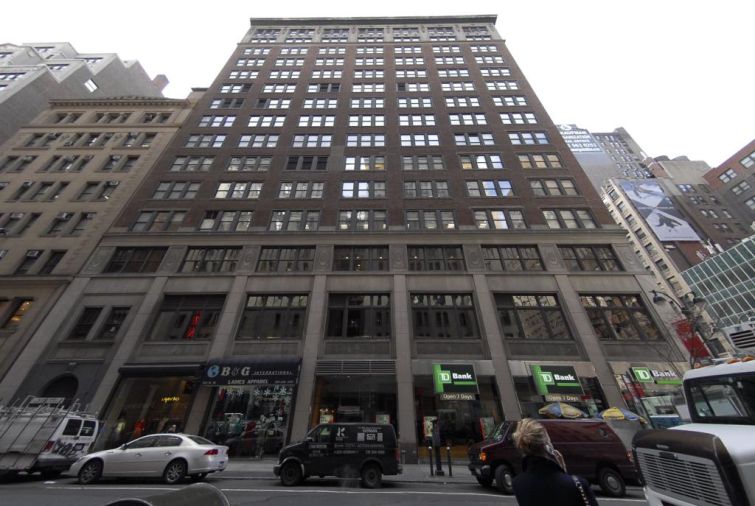 Sometimes you actually can have your hummus and eat it, too.

A Garment District building will get a new Mediterranean eatery this spring to go with a newly renewed tenant who will continue occupying the whole ninth floor, Commercial Observer has learned.

Nanoosh will open the hummus, wraps and salad purveyor’s fourth New York City location in a 1,700-square-foot location on the ground floor of 469 Seventh Avenue between West 35th and 36th Streets, while structural engineering firm Severud Associates signed a renewal for its 17,000-square-foot space in the property owned by a partnership between Eric and Marty Meyer and Dan Shavolian of Foremost Real Estate, officials at Colliers International said.

“Space users from all sectors are clamoring for space in the Garment District, which has evolved into a thriving, 24/7 neighborhood with incredible amenities,” said Eric Meyer, who also worked with his father to arrange the leases on behalf of ownership, in a prepared statement. “We continue to speak with several potential tenants about our beautiful tower floors, including catering facilities and event management companies that have expressed a strong interest in the penthouse and roof deck.”

Kenji Ota of Cushman and Wakefield represented the tenant in the retail deal, which Rob Bonicoro of CBRE also helped facilitate. Kirill Azovtsev and Jim Wenk of JLL acted on behalf of the engineering firm in the office renewal.

“The building floor plate and location works very well for Severud’s business and employees,” Mr. Wenk wrote in an email. “Rents have been steadily climbing in the Penn Station/Garment Center area and it was a more economical decision to renew the lease at 469 Seventh Avenue than incur the capital expenditures associated with relocating.”