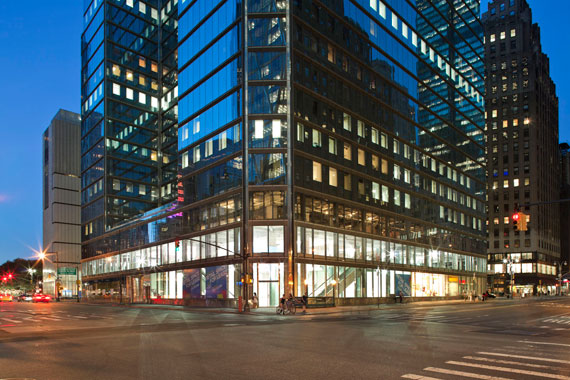 The asking rents in the SL Green Realty and Moinian Group building, which sits between Eighth Avenue and Broadway and West 57th and West 58th Streets, range from $75 to $85 per square foot, the Journal noted.

Jonathan Schindler and David Mainthow of Cassidy Turley acted for the tenant in the deal and JLL‘s Paul Glickman, Frank Doyle, Mitti Liebersohn, Alexander Chudnoff, Jonathan Fanuzzi, Diana Biasotti and Benjamin Bass represented the landlords. Mr. Glickman didn’t immediately respond to a request for comment and a spokeswoman for Cassidy Turley would only confirm the names of the firm’s brokers on the deal.

The deal was signed on July 2 and Versace is moving in on Nov. 2, according to a spokeswoman for SL Green. Versace will be relocating from 200 Madison Avenue.

Major tenants in the building include Bank of America, Chase Bank and Gilder, Gagnon, Howe & Co.

The office building has available approximately 75,000 square feet of office space, according to a release from JLL.