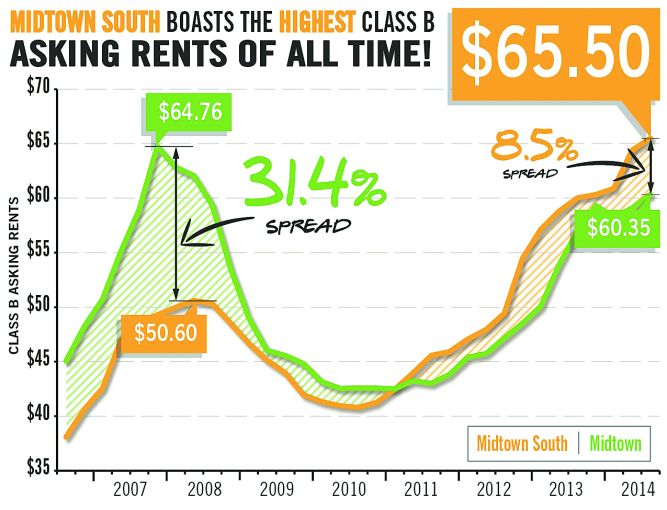 Through three quarters this year, healthy market fundamentals continue and asking rents remain on the rise across all markets in Manhattan real estate. Despite rental increases being slightly off the pace of 2013—overall Manhattan asking rents increased only 4.5 percent through September this year compared to 6.8 percent for the same time period last year—many areas have already surpassed historical highs.