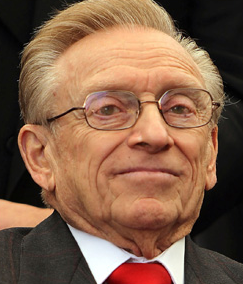 Silverstein Properties and Elad Group, who are partnering on high-end residential condominium 1 West End Avenue, are now seeking about $500 million in construction funds from a consortium of banks for the project, sources told Mortgage Observer.

The syndicate will be led by Wells Fargo and Bank of America, who provided the loan the partnership used to buy the Midtown West land last year from the Carlyle Group for $160 million, one person said.

The new loan would likely replace the acquisition and predevelopment financing, a source familiar with the deal told MO. The $123 million acquisition loan, led by Wells Fargo, closed last December, according to city records.

A representative for Silverstein declined to comment for this story.

Others looking to get in on the syndicated deal include Santander Bank, People’s United Bank and CIT Real Estate Finance. All of those firms, as well as Elad, either failed to immediately respond to a request for comment or declined to discuss the impending deal.

A meeting about the financing was held this morning, the person familiar said, and Wells Fargo appeared eager to take the largest chunk of the deal—about $100 million—even elbowing out some of its competitors who might’ve hoped for larger slices of the massive mortgage.

Wells Fargo and Bank of America declined to comment.

Lenders were rabid to get in on the deal, the person said, because the cost per square foot for Silverstein and Elad to acquire the space was so low for Manhattan that the deal is nearly certain to pencil out nicely. (Yet another source who asked to remain unidentified told Mortgage Observer that the reason the acquisition cost was so low—$168 per square foot, according to reports—was because there are environmental remediation costs associated with the plot).

The hunk of land was one of Manhattan’s last undeveloped swaths, with 950,000 buildable square feet, until the pair filed plans with the city’s Department of Buildings last November to build a mixed-use project. The most recent plans for the site include 250 condos and 116 affordable rental units.

The project has come under criticism for what real estate website Curbed dubbed “separate but equal” entrances for the affordable and market-rate components, an apparent public relations attempt by the developers to skirt that whole “poor door” thing that has so rankled politicians and the public as of late.