Astoria Cove Developer Still Not ‘Doing Business’ with the City 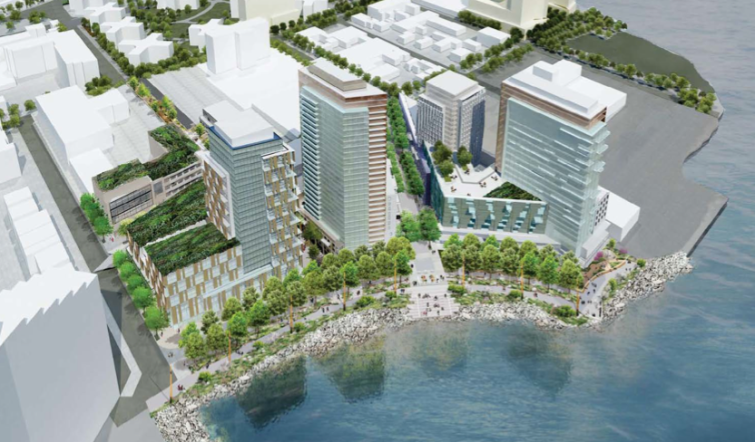 More than five months after an investment team that includes Alma Realty Corp. submitted a required form to the city that’s supposed to allow campaigns and city agencies to identify which individuals and entities should be subject to the 2007 “pay to play” limits on campaign contributions, the developers applying for a rezoning to build a 1,723-unit residential and commercial complex on the Astoria waterfront still don’t show up in the city’s database.

Shortly after Commercial Observer reported that Alma executive John Mavroudis forwarded donations higher than the strict donation limits to Council Member Mark Weprin and Queens Borough President Melinda Katz last month, officials with the Department of City Planning admitted the agency didn’t send the form on time to another agency tasked with maintaining the rotating list of over 6,000 entities and over 23,000 individuals who have a vested interest in city affairs, an oversight that advocates say might not have made a difference if the onus for enforcing and living up to the law the City Council passed to limit so-called “doing business” contributions fell more squarely on politicians themselves.

“They thought it was unfair to put the burden on the candidate,” said Gene Russianoff, staff attorney for the New York Public Interest Research Group, said of the lawmakers who passed the 2007 law. “I think it wasn’t the right decision, but it wasn’t by accident.”

The form that “2030 Astoria Developers LLC,” the entity that’s currently pressing for its rezoning for Astoria Cove before the City Planning Commission, didn’t make it from the Department of City Planning to the Mayor’s Office of Contract Services until after July, an agency representative said, leaving the form that Alma handed over to City Planning on March 20 still not reflected in the database that’s updated on a monthly basis and hasn’t gotten a fresh update since July 31. The City Planning agency, which usually transfers the forms once a month, will implement new procedures to ensure timely transmission and work with the other agency on creating more frequent updates to the list, a spokeswoman for City Planning said.

But until the development team shows up in the database, contributions from Mr. Mavroudis, whose name is the only one that appears on the “doing business” form in question, won’t trigger refunds or constitute a campaign finance violation for donations greater than $250 to City Council candidates, $320 to borough president candidates and $400 to mayoral candidates, representatives for the city Campaign Finance Board told CO last month. The regulations that require lower contributions from Uniform Land Use Review Procedure applicants relate to a class of individuals engaged in business dealings with the city that sets itself apart from the group of lobbyists, contractors and other people and entities doing business with the city, said Matthew Sollars, a spokesman for the board.

“They are only in the database once the ULURP application is certified, then they drop out four months after the process ends,” said Mr. Sollars. “The point is that individuals engaged in real estate transactions or land use matters are much more likely to contribute than people who are in the database for other reasons.”

While representatives for Alma Realty said no one at the firm was available to comment, they previously told CO that Mr. Mavroudis was “apparently due back a slight refund.” A spokesman for Ms. Katz said the borough president had returned the entire $1,000 donation Mr. Mavroudis gave her campaign, while Mr. Weprin’s office didn’t respond to a request to verify whether the Queens Democrat had returned any of the $500 donation he received.

And 2030 Astoria Developers, whose application City Planning certified on April 21, will officially show up as doing business with the city in the next round of updates to the database, said a spokeswoman for the Mayor’s Office of Contract Services.