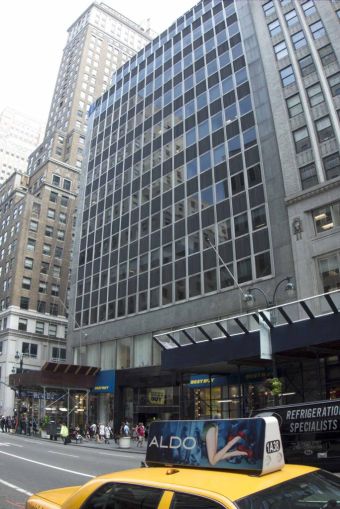 Jewelry manufacturer Sasha Primak will move three blocks south of its current Diamond District offices by the end of the year through a 15-year, 12,455-square-feet lease at Silverstein Properties‘ 529 Fifth Avenue, Commercial Obsever has learned.

The move coincides with a relocation by the previous occupant, Leo Schachter Diamonds, to a company-owned commercial condo in the District’s International Gem Tower at 50 West 47th Street, an arrangement that didn’t jibe with the other diamond manufacturing company’s existing lease through 2017 at the Fifth Avenue building and caused Schachter to enlist TOWN Fifth Avenue associate broker Leah Rubin to find a new tenant for their former space, Ms. Rubin said.

“Leo Schachter Diamonds–they wanted to go back to 47th Street,” she said, referring to previous spaces the company occupied on the block. “Now that Extell [Development Company] built that Gem Tower, they suddenly had that opportunity. They figured if they couldn’t get out of their lease, that would be an extra expense. They had already purchased their office condo and built it out.”

So Ms. Rubin helped her client out of its lease on Fifth Avenue by finding prospective new tenants, and Sasha Primak officials ultimately agreed to a new lease for an executive office and showroom in the Silverstein structure with asking rents of $55 per square foot, said Silverstein’s Joe Artusa, who represented the landlord in-house along with Roger Silverstein.

“They wanted to move into a building that was in proximity to 47th Street and the Diamond District as well as Grand Central Terminal,” Mr. Artusa said, noting that the Fifth Avenue building also features many other jewelry merchants. “They like the building. There’s not a lot of good product on 47th Street.”

Andrew Stein of Vicus Partners represented Sasha Primak in the negotiations that will move the jewelry makers onto the 14th floor of the Silverstein building.

Update: This article has been updated to include a quote from Andrew Stein.