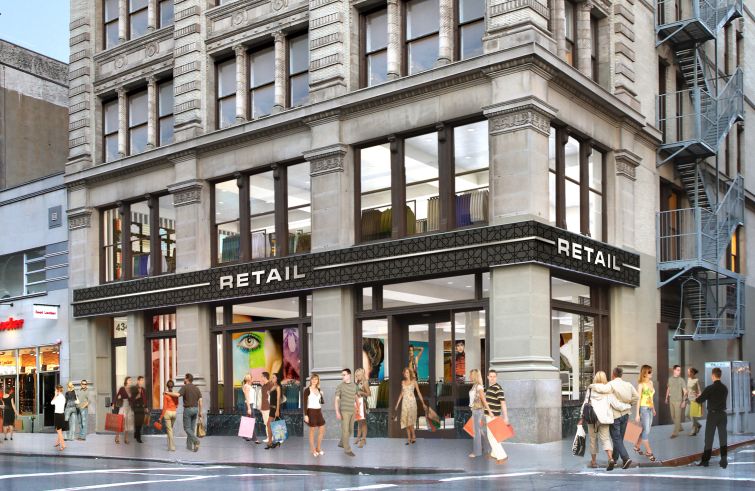 In a 10-year deal signed last month, Technicolor is expanding its Soho space by 7,230 square feet, Commercial Observer has learned.

Combined, Technicolor, a worldwide technology leader in the media and entertainment sector, will occupy 21,716 contiguous square feet on the seventh through ninth floors at Savanna‘s 434 Broadway, on the northeast corner of Howard Street and Broadway. The property is a nine-story, mixed-use office and retail building consisting of 63,600 square feet, including 4,800 square feet of ground-floor retail and 58,000 square feet of office space.

Savanna acquired 434 Broadway in November 2013 and then launched a building-wide capital improvement plan. Savanna is converting the ground and second floors into a 10,000-square-foot, two-level corner retail flagship.

Technicolor is currently on the eighth and ninth floors and will expand to the seventh in 2015, a spokeswoman for Savanna said, declining to provide the asking rent.

Andrew Kahn, Jonathan Scibilia and Jesse Hutcher of Cushman & Wakefield were tapped to lead the retail leasing efforts. As for the office portion of the building, Mitch Konsker, Matthew Astrachan, Matthew Polhemus and Brittany Wunsch of JLL were selected to market the sixth floor, with additional floors becoming available in 2015.

“We look forward to continuing to make improvements that will modernize the building’s infrastructure while preserving its historic qualities, which are appealing to many of the office and retail tenants who are currently seeking space in Soho,” Tom Farrell, a vice president at Savanna, said in a prepared statement.

Brian Riever of Savanna represented the landlord in-house in the Technicolor deal. Daniel Katcher of Newmark Grubb Knight Frank represented the tenant in the transaction.