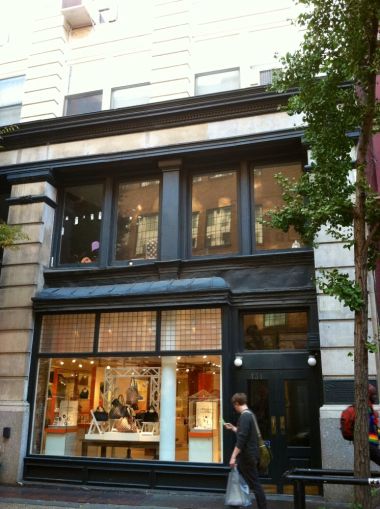 Acadia Realty Trust has paid $50 million for two retail co-op units totaling 3,000 square feet at the base of 131-135 Prince Street, Commercial Observer has learned. The deal, which amounts to $16,666 per square foot, closed earlier this afternoon after being signed in late June, sources close to the deal said.

The seller was a family trust affiliated with Louis Meisel, who owns and operates the Louis K. Meisel Gallery at 141 Prince Street.

Mr. Meisel received good offers for the property and the sale has given him “the opportunity to diversify,” said his brother and attorney in the 131-135 Prince deal, Elliott Meisel of Brill & Meisel. “It was done in a very tax-friendly way through a tax-free exchange,” he added. “He’s replacing them.” He declined to reveal what properties his brother was interested in acquiring.

The building is between West Broadway and Wooster Street and upstairs are nine residential co-ops.

The two retail units are occupied by accessories shop Folli Follie, which has 2,400 square feet and seven years left on its lease, and jewelry brand Uno de 50, which has 600 square feet and three years left on its lease, the sources said. Folli’s monthly rent is $65,000 per square foot and Uno’s monthly rent is $36,000 per foot.

Skyline Properties‘ Robert Khodadadian represented both Acadia and Mr. Meisel in the deal. Mr. Khodadadian would only say that the deal was a record price per square foot in Soho.

The Real Deal first got wind of the sale last month after the deal was signed.

Acadia didn’t immediately respond to a request for comment.