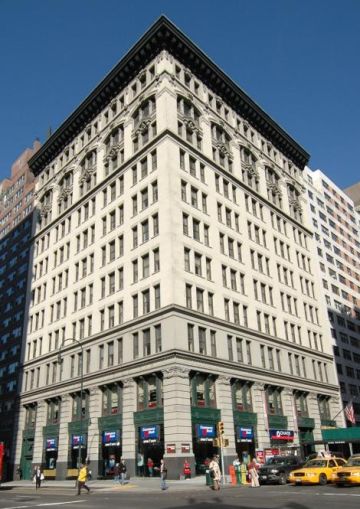 The tenant will occupy space on the third and fourth floors of the building beginning late this year, RFR said in a press release. Urban Compass is currently headquartered at nearby 19 Union Square West and the company is expected to retain its 9,000-square-foot space there, according to The New York Post, which first reported the lease.

“We are excited about building an exceptional new office to support our growth and provide best-in-class space and services for our agents,” said Robert Reffkin, a founder and the CEO of Urban Compass, in a prepared statement. “We were drawn to this building for its convenient location, historic exterior and brand new facilities.”

AJ Camhi and Oliver Katcher of RFR represented the landlord in the transaction while Ethan Silverstein and Mark Mandell of Cushman & Wakefield represented Urban Compass. Asking rent at 90 Fifth Avenue is in the $70s per square foot, according to the Post. The term of the deal was not disclosed.

Urban Compass’s expansion follows an announcement made yesterday that the company had raised $40 million in Series B funding from both new and existing investors, including Conde Nast-parent Advance Publications. Urban Compass has now raised a total of $73 million.