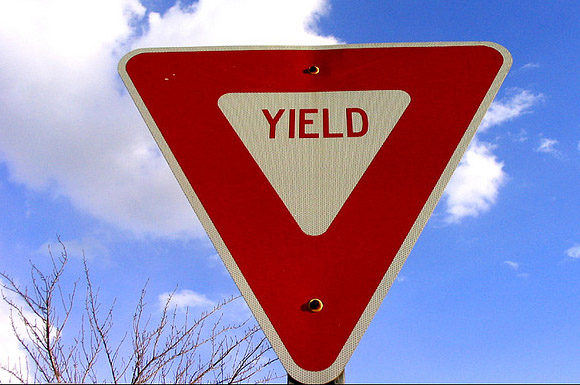 Mezz lending may offer too much risk for the reward. Guelda Voien

“Failure is not a single, cataclysmic event. You don’t fail overnight. Instead, failure is a few errors in judgment, repeated every day,” American entrepreneur Jim Rohn has often been quoted as saying. These days, many in the mezzanine-lending sphere ought to heed his words.

Some remember the early days of mezzanine financing in the 1980s. Back then, such loans were simply called second mortgages. The terminology changed because most first-mortgage lenders became embattled in lawsuits they didn’t anticipate when properties got into trouble during the savings-and-loan crisis late in the 1980s.

These first-mortgage lenders then smartened up and, almost unilaterally, wouldn’t allow a recorded lien behind their mortgages. So the mezzanine crowd had to start taking an assignment of partnership interests. Then lenders began restricting any majority transfer of partnership interests, so mezz lenders could only obtain 49 percent of the equity as collateral. This was worth the risk for the lenders back when the standard quote for mezzanine financing was mid-to-high teens. Things have changed, to put it mildly. Pricing was destined to compress with rising rents, declining interest rates and lower cap rates. But mezzanine-financing rates have collapsed into the mid-to-high single digits. Is the risk worth the reward?

The mezzanine-financing market is approximately $100 billion at the moment, according to data from the Mortgage Bankers Association. The cheapest mezzanine interest rates have come from insurance companies and overseas investors on Manhattan office and high-end retail deals. SL Green provided $175 million of senior mezzanine debt behind a $600 million senior loan originated by Bank of China for the Chetrit Group’s acquisition of the Sony Building at 550 Madison Avenue. SL Green borrows at between 1.62 percent and 2 percent on its revolving- and term-credit facilities. So why wouldn’t it want to make some spread on a building it fully underwrote for purchase and wouldn’t mind owning at the lower basis should Chetrit default? After all, the last dollar of the SL Green mezzanine loan is roughly a reasonable $1,000 per foot, versus the $1,600 per foot that Chetrit is paying for the entire building.

Jeff Sutton took a $40 million mezzanine loan behind a $235 million Goldman Sachs first mortgage on his prime 724 Fifth Avenue property. Why is a billionaire like Jeff Sutton taking out mezzanine financing? Well, at an interest rate of Libor plus 5 percent, it was simply too compelling not to. It’s a lot cheaper than an equity partner, and he could presumably earn more than that elsewhere, using tax-free loan proceeds.

Stodgier insurance companies looking for mezzanine-loan opportunities are cold calling these days. They simply need some higher-yielding investments to offset their roughly 4 percent first-mortgage loans. The off-the-shelf quote from these lenders is an 8 percent interest rate, usually with no origination fee—and they’ll go as high as 85 percent loan to value. It doesn’t even have to be a Manhattan property, where risk is considerably lower, as long as it’s producing cash flow. While they haven’t dipped into the real tertiary cities or hairier redevelopment properties (these mezz loans still command double digits), these insurance companies have a dearth of product and need a pipeline of deals that can’t be fed by the typical $5 million to $10 million mezzanine requests. Demand should pick up precipitously, however, as a huge wave of CMBS loans are coming due with the approach of heavy refinancing years 2015 through 2017. Overleveraged first-mortgage loans could easily opt to use mezzanine loans to fill the void.

The most famous recent failure for mezzanine investors occurred when various subordinate lending trancheswere totally wiped out in the Stuyvesant Town-Peter Cooper Village deal, originated in 2006. However, the spectacular recovery the property has seen since then, wherein Fortress Investment may pay upwards of $4.7 billion for the property, has people shaking even that off as an aberration. The aforementioned SL Green had $200 million of mezzanine financing in that deal that was impaired—a very rare misstep for that firm.

Fortunately, there is one huge difference between the mezzanine-lending market of today and the 2007-08 market before the crash. Collateralized Debt Obligations (CDOs) and lenders getting huge lines of credit through fund-level “repo” facilities were prevalent in those days. Mezzanine lenders were leveraging their credit lines to optimize their yield. When the market collapsed, they had no choice but to sell at any price, as their line lenders forced them to liquidate to pay back their credit facilities.

While CLOs have partially filled the void of CDOs, there is little or no use of leverage by today’s mezzanine lenders. In other words, if the market tanked, the lenders could presumably limp through the downturn and wait it out by deferring interest payments or some other sort of workout.

Because of the lack of CDOs in the market, it is likely that mezzanine financing will continue to be originated, even if there is a black-swan event that causes rents to drop, interest rates to rise or cap rates to back up. And if you can attain equitylike returns without taking equity risk, isn’t that more conservative? On the surface, yes. But, considering the risks involved, is 6 to 8 percent for the highest-quality properties or 10 to 12 percent on redevelopment properties sufficient compensation when there is no share of the upside on the table? After all, the equity investor can earn an almost infinite return on the investment, while a mezzanine lender ends up taking the first-loan loss position for a nominal return. If you are getting paid single digits to take equity risk, what will happen if the market were to fall by 10 or even 20 percent?

In most cases, the mezzanine lender will have to be prepared to pay off the first mortgage or risk writing off its investment entirely. How many of these mezzanine lenders have the capacity or the stomach to do that, especially if multiple properties fall at once due to larger macroeconomic issues? Some will say they don’t mind owning the asset at their basis, sure, but those who actually write the big check in a falling market will have a story they don’t want to tell their investors.

As one hotel owner and client said to me, “There is nothing that I like better than greedy lenders. I don’t care if the coupon is high if they will go high in the capital stack. If I can retain 100 percent of the deal, then I can keep all of the upside.”

There has been no shortage of lenders willing to be greedy of late. And those that chase the yield farther up the capital stack at low pricing may find themselves seriously regretting it if the market turns.