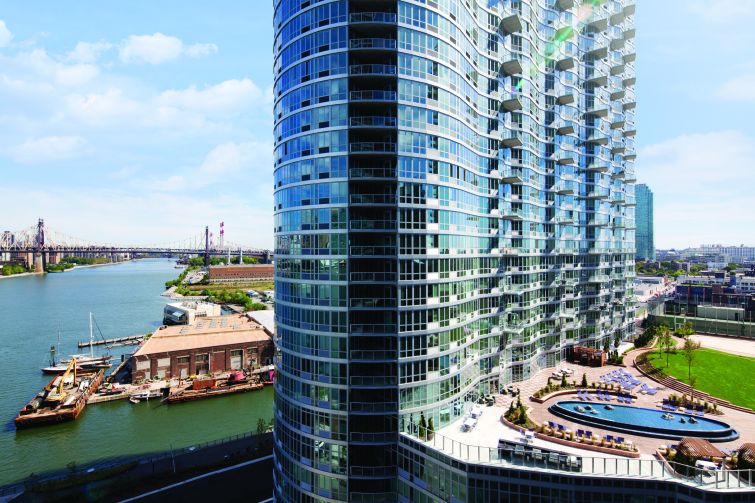 Developer TF Cornerstone closed a $300 million permanent loan from Prudential Mortgage Capital Company and AXA Equitable Life Insurance Company for 4545 Center Boulevard, part of the developer’s EastCoast residential complex in Long Island City. The loan is one of an increasing number of large deals from major lenders focused on the Queens neighborhood.

However, “they decided to choose a more conservative amount, even though we had offers that were substantially larger,” Mr. Singer said this week. “It was really about getting the best combination of proceeds and rate.”

Singer & Bassuk has arranged more than $1 billion in financing for TF Cornerstone’s seven-tower complex in Long Island City, which contains six rental buildings and one condo building. The completed property at 4545 Center Boulevard contains a fitness center and 50,000 square feet of outdoor facilities, including a sand volleyball court, two tennis courts, a dog run and a reflecting pool. The 820-unit tower is fully leased as of January 2014.

“We’re thrilled to have successfully closed this transaction with Prudential and AXA,” Mr. Shell told Mortgage Observer about the refinancing. “We appreciate their commitment to our firm and to our long-term success at EastCoast.”

TF Cornerstone paid $85 million for the 21- acre site in 2003. The New York-based developer is now finishing construction on 4610 Center Boulevard, the final tower in the EastCoast development, and will begin leasing the 565 units there this spring, Mr. Shell said.