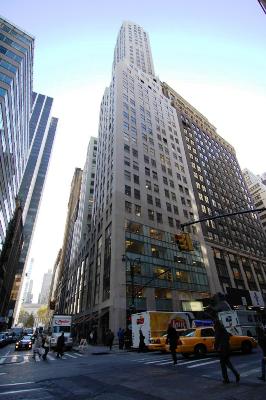 Integreon Managed Solutions will consolidate its New York offices at 1450 Broadway after the company signed a 7-year lease for a 7,532-square-foot portion of the building’s 11th floor. Asking rent for the space was $55 per square foot.

The company, which provides legal, research and business support solutions, will relocate and expand within 1450 Broadway and move from 622 Third Avenue, where it has maintained an additional New York office. Elsewhere in the building, Paris-headquartered boutique investment banking firm Messier Maris & Associates has signed a 7-year lease for the entire 3,771-square-foot 38th floor. The firm was founded by Jean Marie Messier, the former chief executive at Vivendi and Eric Maris, a former executive at Lazard.

“[The firm] has always had an eye focused on the building, they were drawn to 360 degree views of the city,” Jonathan Fanuzzi, executive vice president at Jones Lang LaSalle, who represented the landlord, told The Commercial Observer.

Asking rent for the tower floor space was $70 per square foot, which are “extraordinary” numbers, according to Mr. Fanuzzi. The Times Square building now boasts availability on three 15,000-square-foot base floors and one mid-rise floor.

The property at 1450 Broadway, which was acquired by The Zar Group for $204 million in 2011 from a partnership comprised of The Chetrit Group, The Moinian Group and Minskoff Equities, is currently undergoing a significant renovation, including a redesigned lobby.

In June, The Commercial Observer reported a series of leases at 1450 Broadway, including EVA Airways and First National Bank of New York.

Mr. Fanuzzi, Mitchell Konsker, Ben Bass and Barbara Winter of JLL represented the landlord in both transactions. Integreon was represented by Eric Thomas and Jamie Addeo of Cresa Partners. MM&A was presented by Corey Horowitz of Newmark Grubb Knight Frank.