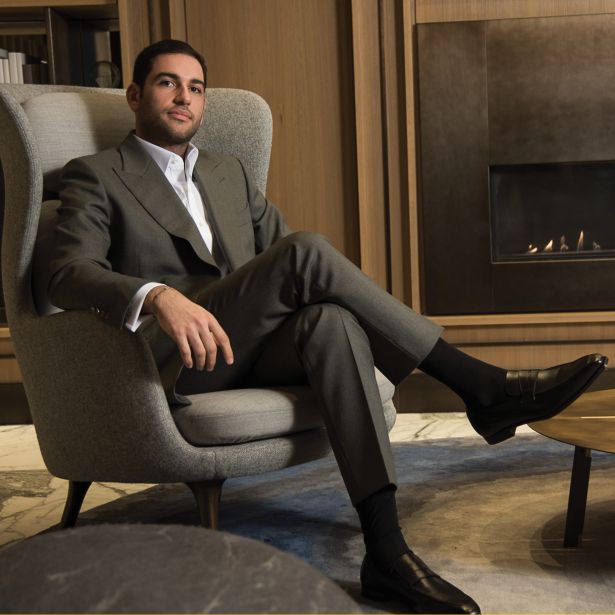 Moinian is the scion of one of New York’s most wildly successful real estate families, with some 20 million square feet of real estate in its portfolio. But, unlike a lot of families who have made spectacular fortunes from brick and mortar and are content to not let it get a lot more complicated than that, Moinian realized how antiquated much of the business was.

“I’m always the guy who’s like, ‘Wake up, everyone!’ when it comes to tech,” Moinian told Commercial Observer.

Moinian began meeting with companies that were automating property services and offering things that would be useful not just to a landlord, but to an outward-facing audience as well. Moinian subsequently established Currency M, the venture capital arm of the firm. And Currency M began pumping money into proptech.

There was Eden Workplace, a San Francisco-based startup that offers users various office managing tools (like, say, booking meeting rooms, hiring cleaning services, and stocking pantry items), which companies as widely varied as Deutsche Bank and Google have signed on to and which has proven a lot more tantalizing in an age of remote work.

Currency M put money into Tulu, an Israeli home goods-sharing platform that relies on “a kibbutz mentality” of sharing supplies (like, say, vacuum cleaners) in large buildings instead of every single person buying his own.

The VC even backed companies like rOcean, a water filtration company. “It’s like if Apple and Nespresso teamed up to make a water filter,” Moinian said. (Currency M eventually sold rOcean to Pentair.)

There were, of course, a few investments that Moinian flirted with but that got away. (Cough, cough… VTS… cough, cough.) But overall the company has built up roughly “20 companies in our portfolio,” Moinian told CO. “We don’t buy most companies outright. We take minority positions, majority positions, board seats, etc.”

“All of them were really great during COVID,” Moinian said. “Everyone said, ‘Wow, technology is much more useful and important’ than we acted like it was.”

Case in point: During the pandemic, Currency M unveiled Bilt, the “piece de resistance” of its efforts, a rewards card for renters who can accrue points on rent. —M.G.