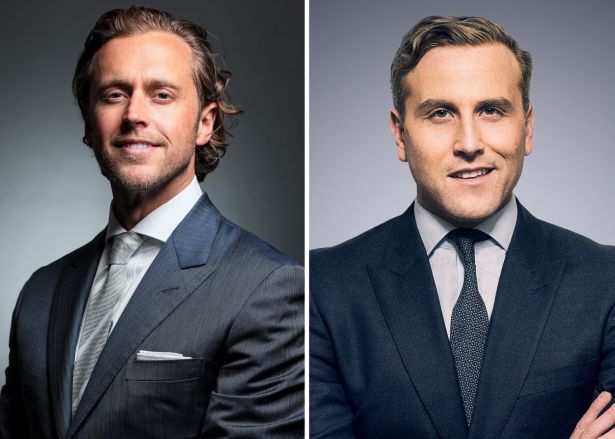 “We don’t think there’s anyone quite like us in the ecosystem,” Dustin Stolly said. “We’re sort of a hybrid, or an octopus, in terms of our varied debt and equity expertise, and we’re extremely proud of the volume and breadth of transaction activity that we’ve executed.”

We don’t get many marine mollusk comparisons on the Power Finance list, but as far as tentacles that reach far and deep into the varied corners of the commercial real estate financing ocean go, Newmark has definitely got ‘em.

The two started their business financing or raising capital around single assets, and they’ve evolved to a far more institutional realm. In addition to their core debt and equity practice, today they’re busy raising money around portfolios, platforms and companies.

“It just keeps spiraling and progressing, like a snowball,” Jordan Roeschlaub said. “We’re reinventing the game, and I’ve never been more pumped in my life.”

Highlights from the past year include the $2 billion recapitalization of the Graduate Hotel platform; a $525 million refinance of a 50-asset, 100 percent net-leased portfolio; the $258 million development loan for Related’s Truffles Tribeca — one of the first construction loans of consequence post-COVID-19; a plethora of New York City office deals, including a $178 million loan for 25 Kent Avenue and a $238 million refi for RFR Holding’s 980 Madison; a variety of hotel deals, including a $195 million refinance for GFI’s Beekman Hotel and a $230 million refinance of Witkoff’s West Hollywood EDITION; and portfolio financings for megaclients such as Blackstone, KKR, Starwood Capital and Angelo Gordon.

Delving into alternative asset classes, the Newmark team also led the recapitalization of Port 32 — a leading owner, operator, developer and acquirer of Class A coastal marinas — enabling the company to accelerate its growth plans in Florida and also expand into new markets.

While the market has experienced some choppy waters thus far in 2022, Newmark has embraced the opportunity to add value, acting as a “lightning rod for information” for clients, and finding a home for eager capital, Stolly said. He added, “We expanded our business to include platform capitalizations on asset classes that capital wants to be in, including industrial outdoor storage [IOS], life sciences and cold storage.” Case in point, in the IOS space alone, the team capitalized five platforms this past year.

Carving out those additional niches to add to their portfolio is just one of the team’s skills.

“I think we’re pretty good at seeing where there’s a crease in the marketplace, or an opportunity set for capital to find an entry point, and we run with it —whether it’s an asset class, or a specific strategy,” Roeschlaub said. “We’re never going to be complacent. We’re always looking ahead to get in front of what’s happening in the market.”

Five of Stolly and Roeschlaub’s 14-person team are women today, and their two-year analyst program includes minorities every year.—C.C.