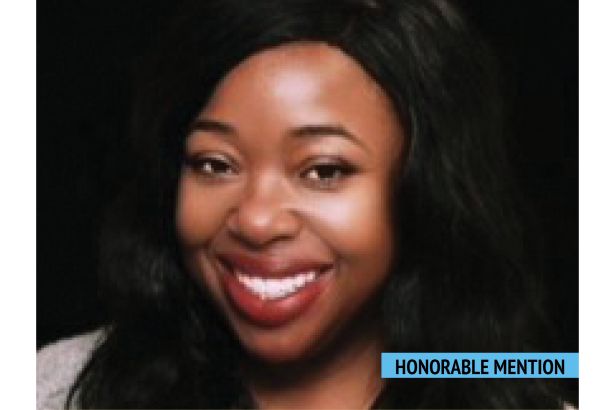 Director of global real estate and facilities at Amazon

In the age of Amazon’s retail market superiority, the title of director of global real estate for the e-commerce colossus comes with an obvious level of influence.

And that role belongs to none other than London Kemp.

Kemp made Commercial Observer’s 2021 L.A. Power list after Amazon snagged hundreds of thousands of square feet in Southern California. Her year was no different, as the company has signed leases totaling 439,000 square feet in Santa Monica, Irvine and San Diego.

In Santa Monica alone, Amazon’s operation is expected to create 1,000 jobs from the 200,000-square-foot lease at JPMorgan Asset Management’s Water Garden when it opens in mid-2023. The online retailer signed 116,000 square feet at Irvine Company’s Spectrum Terrace, which is expected to generate 800 jobs.

Similarly, in June of last year, Amazon inked deals for a 202,421-square-foot industrial building about five miles from an existing Simi Valley site, while also signing for 100,000 square feet in Needham Ranch in Santa Clarita.

Finally, Amazon is building a 4.1 million-square-foot warehouse with developer Prologis in the Inland Empire, perhaps the hottest industrial market in the U.S. in terms of geographic demand due to its proximity to major ports and highways. No wonder then that that warehouse will be Amazon’s largest in the nation.

Simply put, Amazon is a major driver of industrial real estate in Southern California, if not the main driver. And Kemp is an integral part of that.

Prior to her time at Amazon, Kemp, who did not respond to a request for comment, worked for Netflix administering the streaming company’s owned and leased production facilities worldwide. Notably, her work with Netflix included getting its corporate headquarters off the ground at Academy on Vine, a $450 million project near Sunset Boulevard and Vine Street in Hollywood. —M.H.