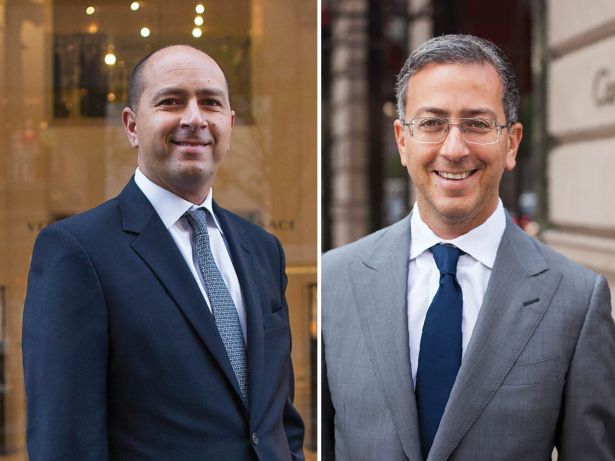 Few names were as important and revered in the world of New York real estate as that of Stanley Chera, the 77-year-old founder of the real estate empire Crown Acquisitions, who succumbed to coronavirus in April.

Over the course of his career Chera bought or invested in a truly enviable collection of real estate that included Olympic Tower, the St. Regis Hotel, the Knickerbocker Hotel, 666 Fifth Avenue, the Cartier Mansion, the Versace Mansion and the World Trade Center; its reach extended south to Miami and across the ocean to London. Chera negotiated billions of dollars worth of real estate deals and hobnobbed with presidents. (Donald Trump mentioned his shock at Chera’s death at a press conference earlier this year.)

Chera’s sons, Richard and Isaac (his third son, Haim, left the company last year to head Vornado’s retail division), were left to run the business at the worst possible moment; but despite the terrible confluence of circumstance they remain true believers in their chosen asset class.

Prior to the crisis, when retail was merely in its first iteration of “apocalypse,” the Cheras made a great show of faith when they purchased a 45.4 percent stake in Vornado’s $5.6 billion retail portfolio on upper Fifth Avenue and in Times Square last April. The deal included marquee properties such as 640 Fifth Avenue, 689 Fifth Avenue and 1540 Broadway.

“The properties are…pretty strong,” Isaac Chera told Commercial Observer, “the tenancy credit is what we invested in and what’s holding true; we bought quality assets.”

When COVID-19 hit, the Cheras simply kept their head down and paid attention to what they do best.

“We were hyper focused on working with each tenant,” Chera said. “We’ve worked through with most of them based on each tenant. Overall it’s not so bad. A couple of tenants that probably should have gone out before are the ones who [vacated], but we worked through every tenant.”

Prior to the pandemic Chera had been working on a wellness concept called Honeycomb which would bring fitness chains, health dining and other wellness related retailers under one roof (a repurposed big box store); after the shutdown, Chera moved the concept online. “It’s a digital meeting place for health and wellness,” Chera said. Honeycomb has since hosted classes and fitness celebrities. They haven’t by any means given up on brick-and-mortar once the crisis lifts.

Moreover, as gray as the clouds are for retail, Chera remains optimistic; Crown is currently negotiating acquisitions in the outer-boroughs.

“We’ve gone through these ups and downs, and this is clearly one of the largest downs,” Chera said. “But we’re super focused.”—M.G.