Baccarat-branded condo is also moving forward, despite discovery of ancient artifacts on site 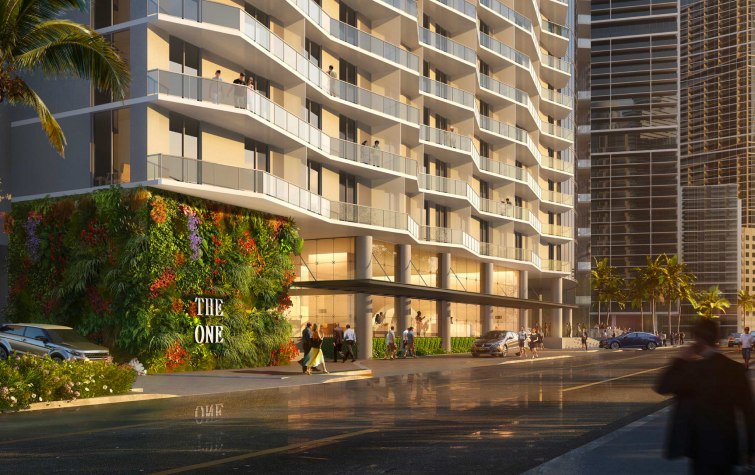 Jorge Pérez’s Related Group secured a $164 million construction loan for a rental development in the heart of Miami’s Brickell neighborhood on a site where the Miami-based developer found prehistoric artifacts and human remains.

The loan from Truist Bank will go toward building a 44-story high-rise with 506 apartments called 444 Brickell Tower II, said a spokesperson for Related. Construction is expected to start this month.

Back in 2013, Related paid $104 million for the 3.9-acre site at 444 Brickell Avenue, a prime spot in the Magic City’s financial district, facing the Miami River just south of Downtown Miami.

The rental building is one-third of a mixed-use project, which is set to include an 82-story hotel and residence building, per initial filings, and the highly anticipated — and controversial — 75-story Baccarat-branded luxury condominium tower.

Miami building regulations require developers to check sites along the Miami River and Biscayne Bay for prehistoric remains and artifacts for areas before breaking ground.

On the portion of the site where the skyscraper was set to rise, archaeologists uncovered human remains in 2021, including cranium pieces. They also found and post holes, possibly of a prehistoric structure. Both are likely from the Tequesta civilization that existed more than 2,000 years ago.

The Baccarat development is still moving ahead. Related is now in talks to secure construction financing for the project and a deal is imminent, said the Related spokesperson.

“The development team has collaborated with all relevant government agencies in the recovery and preservation of all archaeological finds according to current laws and practices,” according to a statement from Related.

Anna Pernas, the City of Miami’s preservation officer, and Adrian Espinosa-Valdor, the municipality’s historic preservation planner and acting city archaeologist, did not immediately respond to requests for comment.