Will Proptech Continue to Consolidate in 2023?

The short answer is yes. But the long answer involves when and with what capital. 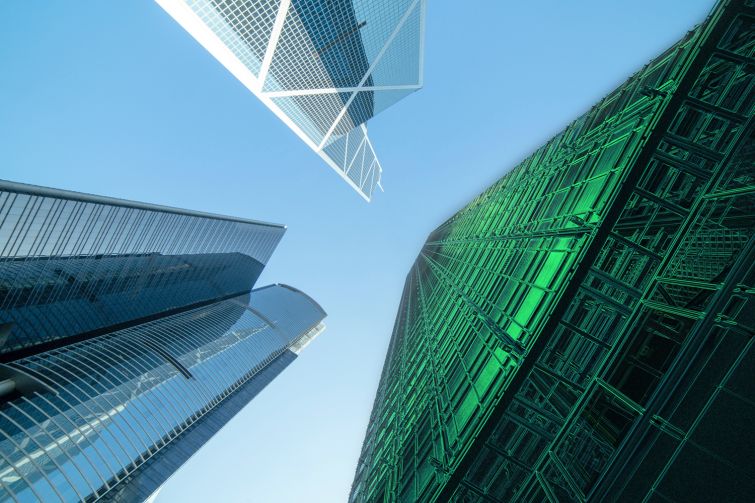 Coming out of a massively disrupted macroeconomic landscape in 2022, major questions abound about the value potential of proptech startups. That includes whether tech newbies will continue to be targets for consolidation through mergers and acquisitions or takeover by traditional real estate firms — or just fold under the pressure.

In general, proptech experts are quick to say that all of the above will happen in 2023, but although the consolidation trend has already started, it may not accelerate right away in the new year.

“I definitely think we’re going to see a fair amount of consolidation in 2023, but I think it’s going to be more back-half loaded,” said John Ensign, president and executive managing director at MRI Software. “The credit markets have clearly tightened, interest rates are up, direct investment dollars have slowed. We’re also seeing what I would say is almost the hangover effect of the end of the bull market, in which companies were being heavily rewarded for growth above all else.”

Now startup founders will have to deal with pivoting away from the “growth only” model, but investors will still be leery of inflated values in the first half of this year, said Ensign.

“That is a hard transition, and I think a lot of teams struggle with that type of change,” he said. “That’s going to put a lot of pressure on startups that are still in growth mode. You’re going to see companies have to adapt, and some of them will adapt well. Some of them will be challenged. Those that are challenged will be more ripe for the right multiples, the right purchase price, for buyers in the second half of the year.”

However, some founders are already experiencing sharks roiling the M&A waters.

“I have never gotten so many cold, inbound emails from boutique-like startup bankers, saying, ‘Hey, you want to talk to somebody about how much your business is worth?’ ” said Austin Lo, founder and CEO at Peek, a Manhattan-based virtual-leasing proptech company for property managers. “The volume has definitely picked up a lot, which I think is interesting.

“We’ve already seen some consolidation, but when you think about the companies operating in proptech, certain quarters essentially haven’t gotten that much love from venture capital in the big boom period,” Lo said.

The result is that many bootstrapped proptech startups, especially software-based companies, are not highly valued by investors or incumbent firms looking to merge or acquire, Lo said.

Such enthusiasm for acquisitions mostly faded as proptech investment plunged in 2022, with the volume of capital in the sector dropping 38 percent year-over-year, which will affect the sector in 2023.

“Access to capital is probably not going to get easier near term,” said Cameron Steele, co-founder and CEO at Prophia, a San Francisco-based lease abstraction proptech startup. “It’s gotten worse in 2022 and I don’t see that changing much, at least near term. It’s going to force companies to think differently about their prospects, which I think will drive more M&A activity.

“Incumbents with resources have the ability to scale up and they will probably look to do more of that. Among startups, there’s going to be more [as well]. We’ve been approached by two different companies that are interested in partnering through an acquisition or merger just in the last several months, which is a little unusual, but not totally unusual.”

A lack of investor appetite to continue funding businesses, which makes it more challenging to access capital, will push the consolidation trend further, Steele said.

“I think it’s going to increase the amount of M&A activity,” he said. “Private transactions are really hard because we don’t have a market currency. We just have cash and equity, but I think people value that very differently. For larger companies where there’s more of an established position, VTS is a good example of a company that has demonstrated the strategy of being pretty aggressive in terms of acquiring businesses they view as complementary to their core product offering. I expect to see more of that. Some of the larger companies that have traditionally been very active like RealPage and CoStar, I’m sure will continue to be that way as they see good opportunities and they have capital to work with. I expect them to be aggressive with it.”

“A recent survey of VCs estimated that more than half of all proptech startups will need to raise additional capital within the next 12 months,” Widman said in a statement. “The strongest teams, particularly those not tied to interest rates, will continue to successfully attract investment.

“Amongst these, the teams who are best positioned to build true platform solutions for our industry, e.g. Measurabl [a Building Ventures portfolio company], will opportunistically raise larger rounds from a position of relative strength, affording them the chance to simultaneously grow organically and inorganically via strategic M&A.”

Another proptech executive, Ori Tamuz, co-founder and CEO at DoorLoop, said, “100 percent yes” to more consolidation in 2023, in a statement. “Consolidation has been increasing, especially in the proptech space, with older industry leaders acquiring newer players in the space, including RealPage acquiring Buildium and Propertyware.”

Having recently raised millions in funding, companies such as Pacaso, Casavo, DoorLoop, and June Homes will lead more organizations to expand their presence and become candidates for a merger or acquisition, Tamuz added.

“You’ll see a lot of consolidation in the proptech space, and I think the reasons for that are somewhat exogenous from where capital markets are,” Wallace said in an interview with PropTech Insider in December. “I think the reason for that is that in the early days of proptech there was this Cambrian explosion in point solutions for different pain points that the real estate industry has. Now many of those points solutions are more like features of an overarching enterprise layer. They’re enterprise software that a real estate company could use.

“What’s happened in the intervening five years since we started Fifth Wall is that you have very large businesses that can become consolidators, because they already sell into many of the largest customers in the real estate industry. So there’s an emerging new solution that can become very attractive. You’ve seen VCs in the leasing and asset management space do this to great effect, and I would expect them to continue to do so.”

Similarly, Wallace sees consolidation coming in the residential property management and residential fintech space as well. “There’s different kinds of ancillary financial products the customer needs to buy from some digital provider around the home purchase and to do them together in a more interconnected way, aside from discrete providers, as they are today.”

Other proptech leaders see a course correction in valuations affecting consolidations in the sector.

“We see a significant amount of dry powder and desire to put this capital to work; however expectations around business progress relative to valuation and terms for investment capital have changed and the market is re-establishing pricing,” said Mike Sroka, co-founder and CEO of Dealpath, a real estate management software platform.

“We anticipate the cost of capital being high and a high likelihood of healthy consolidation following the wave of venture investment and development over the past handful of years. There is a clear need for clients of solutions who can only manage so many different vendors and tools and also for companies to drive efficiency.”

The dearth of SPAC and IPO action in the proptech sector will lead private equity to be particularly active investors, as they make investments large enough to give them control of a company, and sponsor the combining of startups into one organization, Sroka predicted.

For some investors, such as Aaron Block, co-founder and managing partner at MetaProp, a leading early-stage venture capital firm based in Manhattan, continued consolidation is already baked into the sector.

“It would be hard for it to consolidate less,” said Block when asked about M&A prospects for this year. “This was a very slow transaction year generally across tech, and accordingly in proptech as well. It’s been a very quiet market as people try and get their arms around what’s happening in the world before making strategic financial decisions.

“It’s a  slow market in an unsettled time, for a variety of reasons: macroeconomic and geopolitical. Otherwise, there’s a bit more clarity, comfort and the beginnings of conviction in some spaces, from an investment perspective, but it’s still very early. I don’t think it can be much worse than this past year, but my guess is that it will probably be a bit better.”