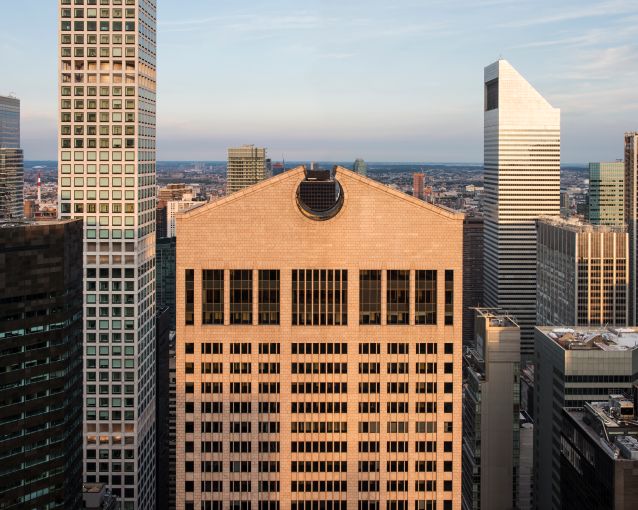 The landmarked former Sony headquarters at 550 Madison Avenue is getting a new three-level restaurant from the creator of Cote, a Michelin-starred Korean steakhouse.

The yet-to-be-named eatery from Cote owner Simon Kim will occupy 15,000 square feet at the base of the Midtown office tower between East 55th and East 56th streets, according to The New York Post. Olayan Group is finishing a $300 million renovation of the Philip Johnson-designed building, including its retail spaces, the facades on the lower levels, and a new public garden.

A spokesperson for Olayan declined to provide the lease length, asking rent or brokers involved in the deal.

In 2017, Kim opened Cote at 16 West 22nd Street in the Flatiron District. It quickly attracted accolades for combining traditional American steakhouse fare with the tabletop grilling and sauces of Korean barbecue.

Olayan and Kim’s firm, Gracious Hospitality Management, haven’t released many details on the new eatery, but the space will have 60-foot ceilings, large windows overlooking Madison Avenue, and access to the building’s new outdoor garden.

A spokesperson for Gracious Hospitality said in a statement that the restaurant “marks a momentous phase for the brand.”

Olayan purchased the 850,000-square-foot tower for $1.4 billion in 2016, and its office space is roughly 50 percent leased, according to the Post. Insurance giant Chubb took 240,000 square feet across 10 floors in 2021, the building’s largest lease since Olayan’s acquisition.