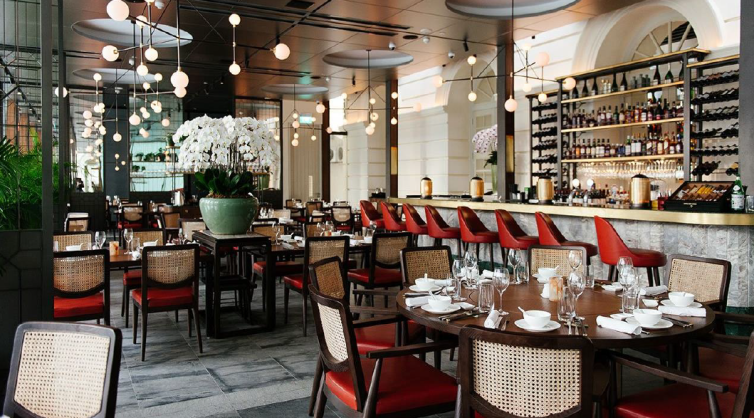 A rendering of the interior of Jazba at 207 Second Avenue. Rendering: Rajesh Bhardwaj

The restaurateur behind the formerly Michelin-starred Indian eatery Junoon plans to open a new spot, Jazba, in the East Village this summer, Commercial Observer has learned.

Jazba will have a bar at the front of the restaurant, equipped with a craft cocktail menu, and two dining rooms serving recipes Bhardwaj picked up while visiting popular roadside eateries in India.

“We want to bring the best of the best food from India,” Bhardwaj said. “Our whole team is excited to be in the East Village and to bring a new style of Indian food to the area.”

Bhardwaj founded Junoon in 2010 and the eatery quickly became known for its fine Indian dining, paving the way for other similar spots to open in the city. It was one of the first Indian restaurants in the country to earn a Michelin star, which it kept for eight consecutive years, Eater New York reported.

It temporarily closed during the pandemic but reopened in 2021 with a new menu and new location at 19 West 24th Street, but lost its Michelin star in the process, according to Truly Experiences.

Bhardwaj’s new restaurant will take over 207 Second Avenue from Momofuku Ssäm Bar, which shuttered that location during the pandemic. Landlord Lee Odell said he was excited to find a new, high-quality eatery to take over the storefront.

“[Bhardwaj] is making cosmetic changes and the space will be beautiful when it’s done,” Kaufman said. “I think it’s a great fit for the neighborhood, for his concept, and I believe he will do very well here.”