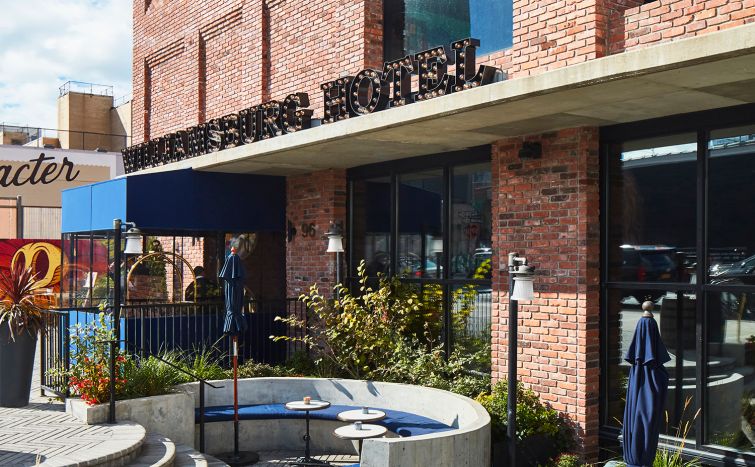 Almost two years after Toby Moskovits’ Heritage Equity Partners filed for bankruptcy on its flagship development, The Williamsburg Hotel, the property has been sold at auction for $96 million.

Quadrum Development Corporation won the 147-room hotel at 96 Wythe Avenue in Williamsburg, Brooklyn, on Thursday, and a hearing to approve the sale of the property is scheduled for Jan. 17, Bloomberg reported.

Heritage and Quadrum did not respond to a request for comment.

The proceeds from the auction will likely go toward Heritage’s debt on the hotel, amounting to between $50 million to $100 million.

Heritage bought the site between North 10th and North 11th streets for the eight-story hotel in 2012 for $4.85 million. Construction was completed in 2017.

The hotel struggled with low occupancy rates and revenues per available room, an important lodging-industry benchmark, and Heritage defaulted on its $68 million loan on the property from Benefit Street Partners in 2019, CO previously reported.

As far back as March 2019, Heritage was entertaining bids from a number of potential buyers for the hotel, which included Brookfield Property Partners, with at least one of the offers reaching about $135 million, CO reported at the time.

No deal ever went through, and Heritage nearly lined up a $76 million refinancing from CREMAC Commercial Finance, but the bridge loan never closed and Heritage filed for bankruptcy on the hotel in February 2021.

The United Kingdom-based Quadrum operates many of the hotels in its portfolio under the brand name of Arlo, such as the Arlo SoHo at 231 Hudson Street.