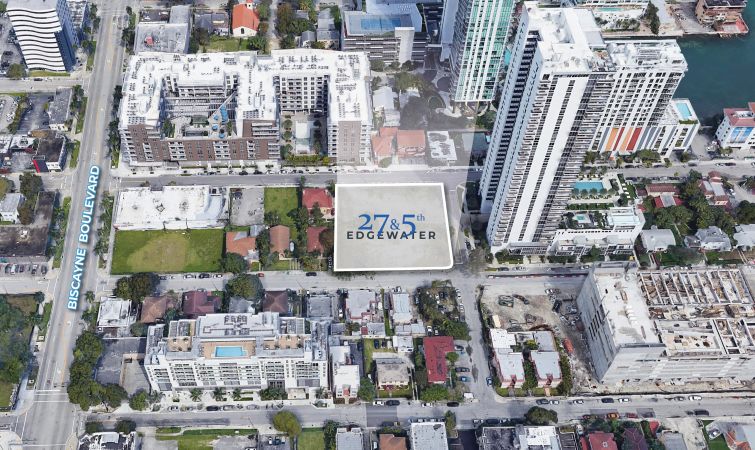 Maria Menzel has expanded her assemblage in Miami’s Edgewater neighborhood.

The seller, a family office based in Canada linked to William Weiner, had assembled the parcel, which stretches about half a block. Weiner paid $8.3 million in total for the site in 2015.

The land is zoned to house a 36-story residential development, totaling 382,020 buildable square feet. However, it appears that Menzel will hold on to the sites long term and has no immediate development plans, according to CBRE’s Benjamin Silver, who represented the seller alongside Leslie Maister.

Gian Carlo Nucci Vidales was listed as the buyer in the letter of intent, but ultimately an address owned by Menzel is listed in the final deed. Neither Vidales nor Menzel could be reached for comment.

The deal gives Menzel complete control of the block, which she began assembling in 2004 when she bought a 10,858-square-foot lot for $1.6 million. Menzel paid $22.8 million in total for about half of the block, including a $10 million purchase in October of a 20,314-square-foot lot that includes a single-story retail building along Biscayne Boulevard.

Edgewater, a neighborhood just east of Wynwood, has become a hotbed for residential development as rents and condo prices in Miami skyrocketed during the pandemic thanks to Florida’s growing population.

Just three blocks south of Menzel’s sites, Oak Row Equities and Lndmrk Development bought a 1.5-acre site in October for $22.5 million, where the joint venture plans to build a luxury rental development. By the southern end of the neighborhood, LCOR paid $49 million for a 1-acre site where it also plans to develop a rental property.