Half of 50 Largest MSAs See Increased CRE Distress for December 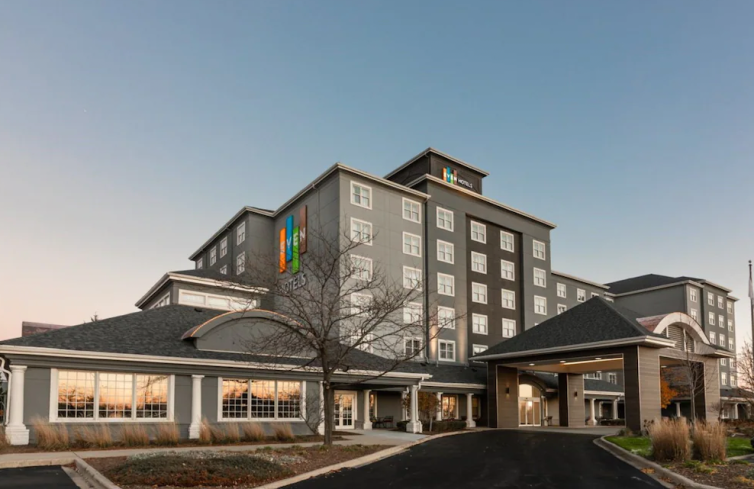 A $20.7 million loan secured by the IHG-flagged EVEN Hotel Chicago – Tinley Park (pictured) returned to the master servicer in December after initially transferring to special servicing in October 2021. Photo: EVEN Hotel

“CRED iQ monitors distressed rates and market performance for nearly 400 metropolitan statistical areas across the U.S. covering over $900 billion in outstanding commercial real estate (CRE) debt,” writes Marc McDevitt, senior managing director at CRED iQ. Distressed rates and month-over-month changes for data reported as of December 2022 are presented by us for the 50 largest MSAs, broken out by property type for a granular view of distress by market sector.

“Notable markets with increased levels of distress for December included Pittsburgh (plus 4 percent), Birmingham, Ala. (plus 2.4 percent), and Cleveland (plus 1.9 percent). The Memphis, Tenn., market (minus 0.5 percent) exhibited the sharpest percentage decline in distressed CRE loans during December.

“For a more granular analysis of the top 50 markets, CRED iQ further delineated individual market distressed rates by property type for a comprehensive view by market sector. The office sector accounted for three of the five largest month-over- month increases in distress by market sector.

“Much of the increase in distress for Pittsburgh can be attributed to a $98.2 million loan secured by a 1.5 million-square-foot, mixed-use (office and retail) building located at 3 Gateway Center. The loan transferred to special servicing in late November 2022 ahead of its January 2023 maturity date. Imminent maturity default was cited as the reason for distress. The office tower, which has a retail component, has had issues obtaining occupancy levels above 80 percent for several years.

“The lodging sector was associated with five of the 10 largest percentage declines in distressed rates across market sectors during December, including the Chicago hotel market sector (minus 1.7 percent). A $20.7 million loan secured by the IHG-flagged EVEN Hotel Chicago – Tinley Park returned to the master servicer after initially transferring to special servicing in October 2021.

“The Minneapolis MSA has the highest overall distressed rate at 20.3 percent, which was in line with previous months. Birmingham (11 percent), Cleveland (10.3 percent), Hartford (9 percent) and Milwaukee (8.6 percent) comprise the remaining markets with the highest rates of distress. The Sacramento MSA (0.1 percent) displaced Jacksonville, Fla., last month as the market with the lowest percentage of distress among the top 50 MSAs after favorable workouts in the retail and lodging sectors.”