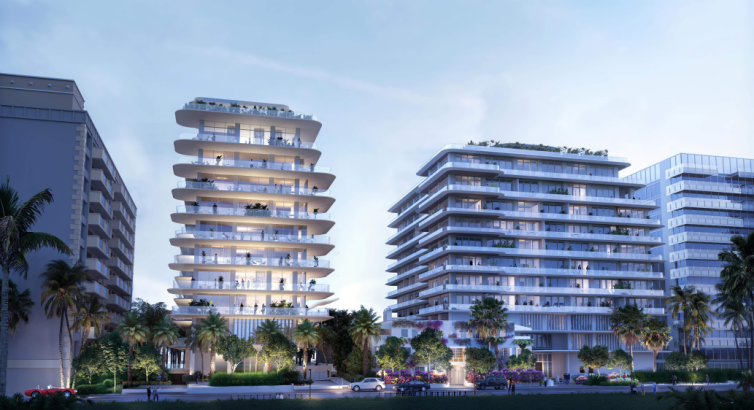 Fort Partners finally owns the land to launch its latest oceanfront residential project in Surfside, Fla., near the Four Seasons complex that it developed.

The South Florida-based developer paid $41.5 million for the land underneath the two-story co-op building called Hillcrest by the Sea at 9165 Collins Avenue, and simultaneously secured a $50 million mortgage from Madison Realty Capital, property records show.

Wexford Real Estate, a West Palm Beach-based developer, and Aria Development paid about $4 million in 2013 for the 37,500-square-foot lot. A representative for the sellers declined to comment, while a spokesperson for Fort has yet to respond to a request for comment.

The purchase is a crucial piece Fort needs to build an oceanfront condo on the site. The company, led by Nadim Ashi, owns the neighboring Seaway Villas condo building, which it has already demolished. In addition, Fort has already secured a $169 million loan from Bank OZK and approvals for an 14-unit condo from the Town of Surfside. The 11-story boutique condo building will also include a 32-car underground parking lot.

The redevelopment’s approval generated controversy. A resident of the neighboring Carlisle on the Ocean co-op building sued the municipality, claiming the construction of the underground parking lot would damage her building, completed in 1949, according to The Real Deal.

The properties are just a few blocks north of where the Champlain Towers South condo building collapsed in 2021, killing 98. Surviving victims and family members of the deceased sued the developers of the condo building next door, Eighty Seven Park, alleging the construction had damaged the Champlain building and contributed to its collapse.

The parties resolved the claims last year as part of a billion-dollar settlement involving about two dozen defendants.

Fort is a longtime developer in Surfside. Just south of the Hillcrest site, the firm developed the Four Season hotel and condo complex, home to a Michelin-starred restaurant by star chef Thomas Keller. The property counts billionaire developer Richard LeFrak as a resident.

Another Fort project at 8995 Collins Avenue, just south of the Four Seasons property, is the pipeline. Last year, Surfside’s Planning and Zoning Board approved a 12-story condo building with 19 units.

Besides the Surfside development, Fort owns all Four Seasons properties in South Florida and is a part of a joint venture to expand the Miami Design District.