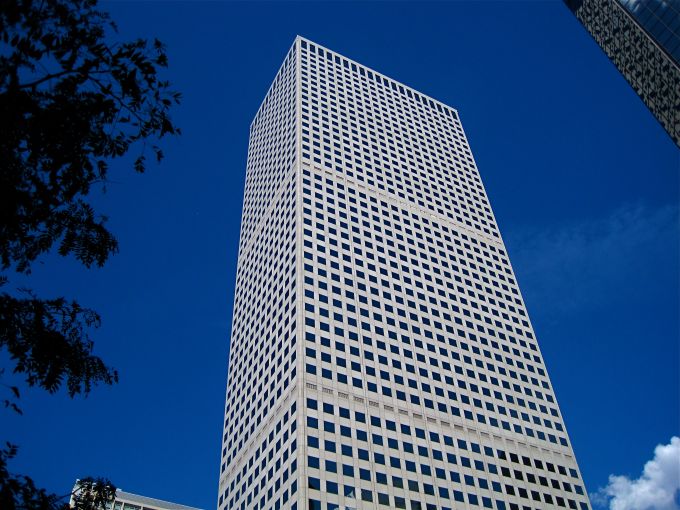 One of the largest office loans to transfer to special servicing in late 2022 was the $243.6 million Republic Plaza loan, which is secured by a 1.3 million-square-foot tower in Denver’s central business district. Photo: Magnus Manske/Wikimedia Commons

“The CRED iQ delinquency rate for CMBS closed out last year with a rate of 3.49 percent for the December reporting period,” wrote Marc McDevitt, senior managing director at CRED iQ. The delinquency rate marginally increased throughout the 2022 fourth quarter, but was down overall compared to the start of the year.

“The delinquency rate (3.49 percent) is equal to the percentage of all delinquent specially serviced loans and delinquent non-specially serviced loans, for CRED iQ’s sample universe. Of the more than $500 billion in CMBS conduit and single-asset single-borrower (SASB) loans, CRED iQ’s special servicing rate —  equal to the percentage of CMBS loans that are with the special servicer (delinquent and nondelinquent) — increased month-over-month to 5.16 percent from 4.95 percent.

“December’s delinquency retail rate was pushed higher in December by several maturity defaults, including a $162.9 million loan secured by West County Center in Des Peres, Mo., which defaulted on its Dec. 1 maturity date. The collateral is a 743,945-square-foot portion of a regional mall owned by CBL Properties. The loan had been in special servicing since the onset of the pandemic in 2020, but remained current in payment until its maturity default.

“One of the largest office loans to transfer to special servicing was the $243.6 million Republic Plaza loan, which is secured by a 1.3 million-square-foot tower in Denver’s central business district. The loan defaulted on its Dec. 1 maturity date.