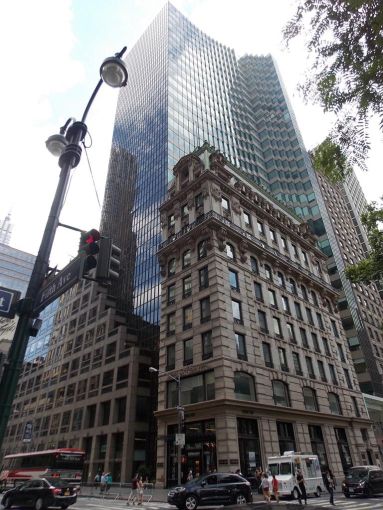 In the largest deal, HBK Capital Management inked a deal for 16,428 square feet for the 22nd floor of the 30-story building, according to landlord broker JLL. The company will be relocating from its current digs at 1 Bryant Park.

Meanwhile, Swiss-based pharmaceutical company Novartis took 15,865 square feet on the 12th floor of the property, also known as HSBC Tower, JLL said. This will be the first New York City office for Novartis, which also has an outpost in Cambridge, Mass.

JLL declined to provide the length of the leases. Asking rents in the building range from $120 to $130 per square foot, according to a source.

“The building affords full-floor tenants the unique opportunity to enjoy incredible light and views, modern infrastructure, as well as direct access to Bryant Park,” Paul Glickman of JLL said in a statement. Glickman represented the landlord in both deals alongside Ben Bass, Kristen Morgan and Kate Roush.

Novartis was represented by CBRE’s David Stockel and Christopher Menard while Silvio Petriello and Tamika Kramer, also from CBRE, negotiated on behalf of HBK.

The future of the building’s ownership was in question over the summer as Innovo Property Group‘s $855 million deal to purchase the office tower never came to fruition before the deadline to secure financing passed in May 2022, CO reported at the time.