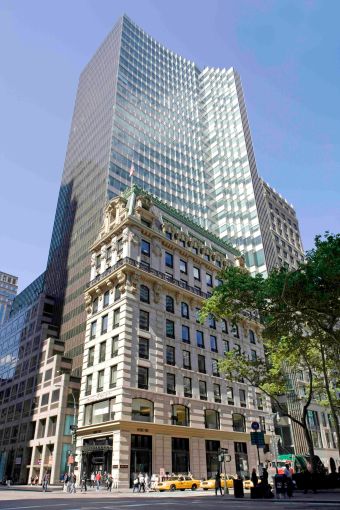 Innovo Property Group‘s $855 million deal to purchase the 30-story HSBC Tower in Manhattan is at risk of falling through, according to documents filed on the Tel Aviv Stock Exchange (TASE).

Innovo had agreed to purchase the office building at 452 Fifth Avenue last December, but the deadline for the close is Monday and Innovo hasn’t secured financing for the purchase, according to the seller, PBC USA.

The parties are still negotiating a deal, but it won’t close Monday, a source close to the deal confirmed. The rise in interest rates since December and the loss of HSBC as the anchor tenant have complicated the process, the source said.

London-based HSBC currently occupies 63 percent of the tower but has confirmed it won’t renew its lease when it expires in 2025. The British bank intends to move its headquarters to Tishman Speyer’s The Spiral in Hudson Yards, with plans to take 265,000 square feet, Commercial Observer reported earlier this month. HSBC’s exit leaves 548,000 square feet to fill at the 895,000-square-foot 452 Fifth, located next door to the main New York Public Library.

PBC USA is a division of the Tel Aviv-based Property & Business Corp. The public company, led by CEO Eli Elefant, reported on TASE that it had been in talks with Innovo over the past few days to renegotiate some aspects of the deal before the latest deadline, but did not reach an agreement and the deal was therefore likely to fall apart. That would affect Property & Business Corp.’s plan to purchase a majority stake in Bayside Land Corp., another Israeli real estate company.

PBC had purchased the building from HSBC for $330 million in 2010, and invested at least $80 million to update the building and renovate the lobby. It now has $378 million in debt on the building. The company plans to offload its estimated $2 billion of U.S. real estate, and is expected to bring in at least $850 million from the sale of the tower, CO previously reported.

Innovo and PBC did not immediately respond to request for comment. The news was first reported by Calcalist.