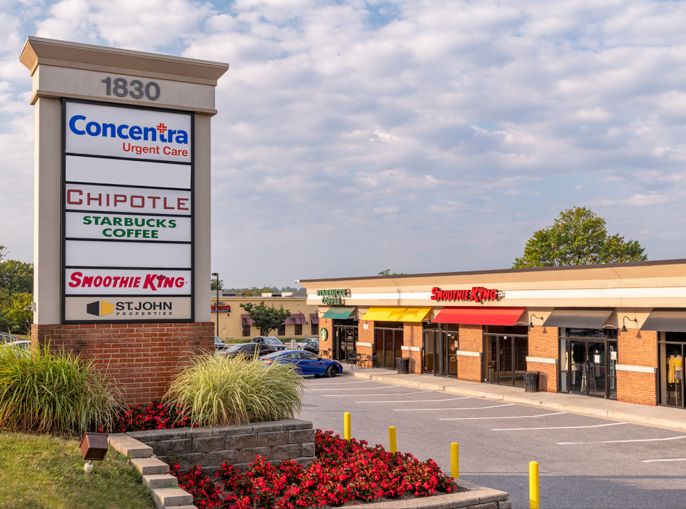 Both properties are owned by St. John Properties.

“Yorkridge Center North and South are both contained within the York Road corridor, which is generally considered among the most prolific retail areas in the Baltimore County area,” Bill Holzman, vice president of leasing for St. John Properties, told Commercial Observer. “Respectively, 36,000 and 28,000 vehicles pass the sites on a daily basis, and 172,000 and 81,000 consumers reside within a five-mile radius in the neighborhoods of Cockeysville and Timonium.”

In addition, numerous businesses and business communities are several miles north in Hunt Valley and south in Towson, Holzman added.

Located at 10540 York Road, Tacos Way Hunt Valley will open later this month. It will be the first outpost in the D.C. metro area for the California-based restaurant chain. Quickway Japanese Hibachi, at 1830 York Road, intends to open its doors early next year. The Japanese eatery is a local chain with over 30 locations in the region.

“Mexican and Japanese-inspired food are two of the fastest-growing restaurant segments in the country, and both categories remain underserved in this section of Baltimore County,” Holzman said. “These uses provide new lunchtime options for our business tenants and the surrounding community, which are constantly seeking high-quality and convenient restaurant choices along the York Road corridor.”