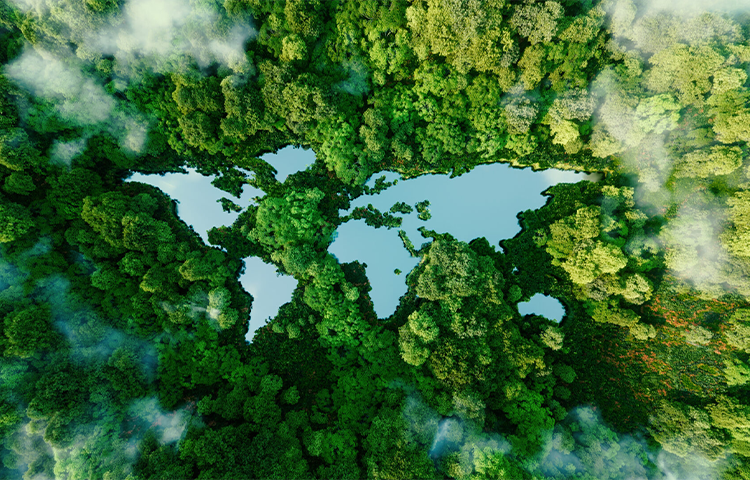 As financial regulators increasingly acknowledge that climate change presents systemic financial risk, there has been a proliferation of both mandatory and soft guidance on how to manage this risk.

While the U.S. has been slower to integrate climate risk into financial supervision compared to the European Union, many U.S. agencies have launched climate risk work streams over the past two years. Some of these developments relate directly to real estate assets, while many more have indirect implications through their impact on investors, lenders and publicly traded companies. This analysis reviews the landscape of climate risk regulation with a focus on developments in the U.S. that have implications for real estate stakeholders.

In April 2022, the Department of Housing and Urban Development (HUD) released a New Environmental Assessment eGuide which outlined environmental assessment factors relating to climate change, including physical climate impacts, energy efficiency and environmental justice. HUD released a request for public comment (which closed in October) on how to develop its Green and Resilient Retrofit Program (GRRP), using the $1 billion allocated by the Inflation Reduction Act.  HUD also announced that after Dec. 1, 2022, new development and substantial renovations of multifamily units requiring environmental assessments must include reasonable foreseeable climate impacts.

The EPA published a request for information on the Inflation Reduction Act provisions for Office of Air and Radiation Implementation in November. This includes input on how the EPA can support electrification and help to standardize corporate climate reporting. Responses are due Jan. 18, 2023.

Most U.S. Federal Agencies Are in the Planning Stage

Since the publication of the Financial Stability Oversight Council’s 2021 report stating that climate change is a financial risk and outlining recommendations for its member agencies to address the risk, the agencies have been working to implement these recommendations. The FSOC itself launched a Climate-Related Financial Risk Committee, which includes representatives from the 15 member agencies and began meeting in 2022. In October, it launched the Climate-Related Financial Risk Advisory Committee with experts from across industry and academia, which will begin meeting in 2023.

The Federal Deposit Insurance Corporation (FDIC) and the Office of the Comptroller of the Currency (OCC) solicited input on their draft principles for climate-related financial risk management at large financial institutions and large banks, respectively. These principles provided high-level guidance on measuring and addressing physical and transition impacts across credit risk, liquidity risk, other financial risk, operational risk, legal/compliance risk and other nonfinancial risk.

The Federal Housing Finance Agency released a request for public input on climate and natural disaster risk management at the regulated entities in January 2021. The FHFA has also guided Fannie Mae and Freddie Mac to prioritize the integration of climate change into decision-making and has updated the  scorecard for the entities so it includes climate risk.  The agency launched a Climate Change and ESG Steering Committee with eight working groups. The agency’s June 2022 review of its status of implementing the FSOC’s recommendations noted that it’s in the planning phase for these working groups and will release another status update in June 2023.

Given real estate’s prominence as an asset class in large financial portfolios, new data demands and reporting requirements are likely to trickle through the real estate value chai. Understanding how these plans are unfolding will help firms prepare preemptively.

Tangible Progress Made by Banking Regulators

The Basel Committee on Banking Supervision (BIS), the main global standard setter for prudential regulation of banks, published principles for effective management and supervision of climate risks in June 2022. The BIS will monitor the implementation of its 18 principles which cover corporate governance, internal controls, risk assessment, management and reporting, and is currently exploring a suite of potential measures to address climate risks in the global banking system.

In the U.S., the Federal Reserve announced that six banks (Bank of America, Citigroup, Goldman Sachs, JP Morgan Chase, Morgan Stanley and Wells Fargo) will participate in a pilot climate scenario analysis exercise. The Fed will publish details of the scenarios in early 2023 and will publish aggregate results likely at the end of next year. This exercise is exploratory with no capital consequences.

Having reached its fifth anniversary, the Task Force on Climate-related Financial Risk Disclosure has evolved from an industry recommendation for voluntary climate risk disclosure, to a globally cited framework upon which voluntary and mandatory risk disclosure guidelines have been built.

In the U.S. there has been a large focus on the Securities and Exchange’s Commission’s proposed rule to mandate physical and transition risk disclosure for large publicly listed companies, in line with the TCFD. Initially the rule proposed that firms would start reporting as early as 2024 for reporting year 2023. However, the SEC is delayed in issuing the final rule. If passed, the rule will have implications for REITs as well as for the large companies facing new demands for transparency of their real estate assets’ emissions and exposure to physical climate hazards.

Many other jurisdictions have already mandated climate risk disclosure, and much of the soft guidance outlined above includes climate risk reporting. Figure 2 below shows progress made in TCFD-aligned disclosure by a subset of companies included in the 2022 TCFD status report, with progress slowing down after substantial growth in 2020. This highlights significant room for improvement.

Likewise, the International Sustainability Standards Board (ISSB), which is bringing together SASB, CDSB and other voluntary reporting initiatives to create one standard, global set of reporting requirements, voted unanimously to include scopes 1 through 3 in its reporting guidelines, as well as scenario analysis. The ISSB plans to issue final TCFD-aligned climate risk disclosure standards early in 2023, and CDP will integrate the guidelines into its reporting platform starting the 2024 reporting year.

The continued consolidation of clear reporting guidance means that the demand for climate risk disclosure is likely to continue to increase, with shareholders and regulators asking for specific information found in these standards.

Insurance regulators’ actions on climate risk will have implications for real estate stakeholders and markets that rely on insurance.

The International Association of Insurance Supervisors (IAIS) joined the Network for Greening the Financial System (NGFS) as an observer in 2019; has integrated climate change into its strategic plan; added climate change to its annual insurance risk assessment; and will include it in 2022’s global Insurance Market report. It’s considering collecting climate data from individual insurers starting next year and will consult on new supporting material to help members understand and supervise climate risk. The IAIS also plans to integrate more explicit language into its supervisory standards to clarify that insurance supervisors must address climate risk.

The National Association of Insurance Commissioners (NAIC) approved an updated TCFD-aligned Climate Risk Disclosure Survey for insurance companies in April 2022. 15 states, representing almost 80 percent of the market, have committed to this new guidance.

The FIO released a request for public comment on a proposal to collect current and historical property and casualty underwriting data on homeowners’ insurance. Under the proposal the data would be aggregated by ZIP code and would help the FIO understand climate risk in the private insurance market, including availability and affordability implications. Responses are due by Dec. 20, 2022.