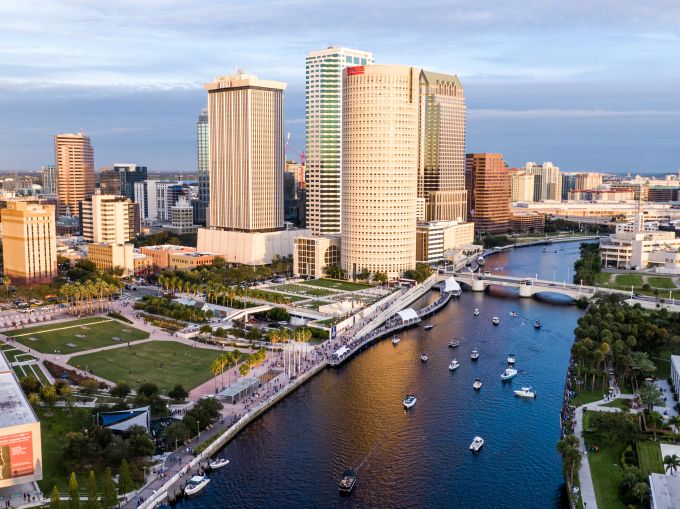 New Yorkers fleeing icy winters for Florida in the last five years have primarily settled in the Orlando, Miami and Tampa regions, according to new data from Placer.ai.

Florida has attracted 140,000 of these New Yorkers to its swampy shores with its absence of state income or payroll taxes making it a magnet for billionaires and major companies.

Residents of the New York City region are gravitating mostly to Tampa, Orlando and Miami, with each area getting an injection of “you tawkin’ to me?” by at least 23,000 people since 2018, Placer.ai’s data indicates.

While wealthier New Yorkers tended to head to Miami rather than Tampa, the median household income of the latter group was still 60.2 percent higher than that of the local population, causing rental rates to increase, Placer.ai noted.

Tampa, according to Placer.ai, is one of the few markets in the country where home prices continue to rise regardless of rising interest rates.

“Many expected the heightened levels of net migration from New York to the Florida markets to plateau or diminish as employees were called back into New York offices or as New York migrants found themselves longing for the Big Apple lifestyle,” Ben Witten, head of real estate at Placer.ai, said in a statement. “However, Placer.ai’s more recent data clearly indicates that these net migration trends continue to accelerate at a brisk pace, especially to Orlando.”

This wave of migration came late to Miami, however, with COVID-19 restrictions prompting the majority of newcomers to South Florida to head south during and after 2020.

And 140,000 is an uncanny number, considering that the same number of tax parcels in Florida are expected to rest beneath the waves — at least partially — by 2050 thanks to climate change, Commercial Observer previously reported.

Miami-Dade County’s tax base could shrink by about $3.8 billion because of sea level rise, but whether the new wave of taxpayers is some kind of consolation prize from capricious Poseidon is unclear.

Rising sea levels or not, Witten said mortgages are going so high that cheaper housing in Florida is just what aspiring homeowners need.

“With the average 30-year mortgage rate doubling from 3.45 percent in January to 6.9 percent in October, housing affordability has become even more evasive…,” Witten said.