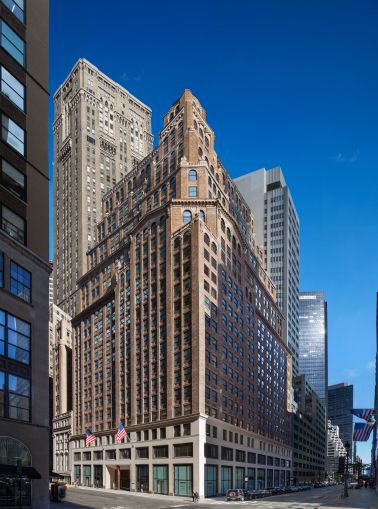 Midtown is getting another taste of Naya’s Middle Eastern cuisine.

Asking rents were $300 per square foot in the long-term deal, said Retail by Mona Brandon Singer, who brokered the lease for the landlord.

Naya’s new outpost adds to three other locations in Midtown at 688 Third Avenue, 54 West 56th Street and 488 Madison Avenue. It was not immediately clear when the store would open, and Naya did not immediately respond to a request for comment.

The eatery’s deal is a win for the office-heavy neighborhood and Aby Rosen’s RFR, whose $235 million commercial mortgage-backed securities loan on 285 Madison Avenue property was sent to special servicing in May, as CO previously reported.

“It’s a testament to Midtown and a testament to Madison Avenue and the Grand Central area,” Singer told CO at the Innovating Commerce Serving Communities (ICSC) New York conference Wednesday. “It’s an amazing high-trafficked area, and office is back, therefore the retail and food and beverage users that are attractive to office workers are back.”

Other tenants at the 26-story building include Tommy Hilfiger, which uses the tower as its  headquarters, and financial firm Quantitative Brokers.

Ripco Real Estate’s Jon Paul Pirraglia represented the tenant in the deal. Pirraglia was not immediately available to comment.