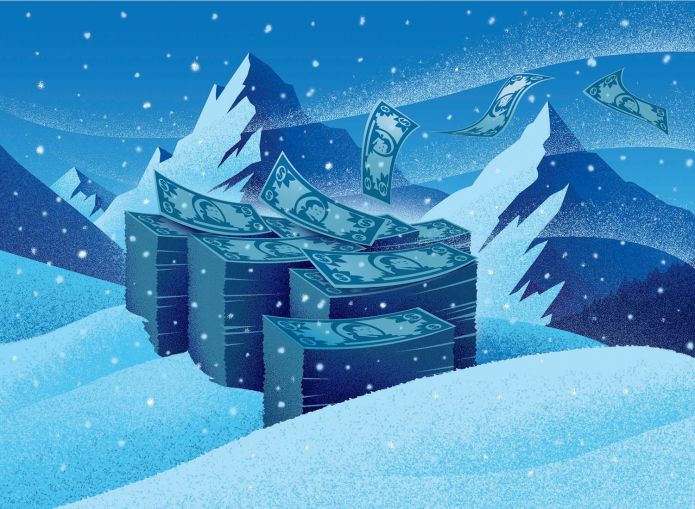 As 2022 draws to a close, several lenders and investors have definitively pressed pause on transaction activity in the face of a tumultuous market environment that just won’t quit.  While there seems like an avalanche of uncertainty still to dig through — ongoing Federal Reserve rate hikes, stock market volatility, geopolitical risk, cap rate inflation, to name but a few — could we see an eventual thaw in the frozen capital markets next year?

A recent client survey conducted by Marcus & Millichap’s Institutional Property Advisors (IPA) division found the availability of financing remains a top concern among investors for next year. As such, a report from IPA Capital Markets — led by Evan Denner as the division’s head of business and shared exclusively with Commercial Observer — outlines some potential capital markets trends to likely come down the pike next year. Based on the assumptions that the Fed will slows its roll when it comes to rate hikes, there’s modest weakening in the economy (rather than a fall off a cliff) and no other black swan events headed our way, the good news is a gradual thaw will likely occur in 2023. The report was authored by IPA Capital Markets senior managing director Steven Buchwald.

Commercial bank liquidity is expected to remain tight, with spreads staying high for permanent bank debt and debt fund-originated bridge loans early next year. On the positive side, banks—several of which have retrenched, with little impetus to lend in the third and fourth quarters — will receive new allocations for lending in the new year. However, those same allocations “may stay relatively full, due to a lack of payoffs and a bevy of extensions and forbearances for loans already on their balance sheet,” the report reads.

Another trend we may see is the commercial banks playing a bigger role in the repo/ warehouse line market again, offering those lines to newly-raised bridge funds looking to capitalize on forthcoming market dislocation. “Spreads could nevertheless remain high earlier in the year, as the banks will stick to lower advance rates to buffer themselves from potential cap rate inflation and value fluctuation as the Fed continues to hike rates,” the report reads.

Next up, the dreaded ‘d’ word. The level of distressed activity expected during the pandemic never truly came to fruition, but there are plenty of low rumbles now.  According to the report, we’ll likely see an increase in performing and non-performing notes as lenders tidy and clear their balance sheets — which will create additional opportunities for those with past loan workout experience.

The buyers of distressed debt, real estate owned and other assets will also be prioritized by bridge lenders, and “higher leverage bridge lending may be available for these transactions, albeit at a still elevated cost of capital levels,” the report reads.

Generally speaking cash will remain king, with all-cash buyers — free from the shackles of the current capital markets environment — will be in good standing to acquire assets at lower price points.

The report’s authors expect higher leverage loans to remain hard to come by for those in need of funding, especially for new construction, renovations and highly transitional business plans. “This is due, in part, to constraints in debt service coverage ratios that are trumping debt yield and loan-to-value limits for the first time in recent history. As interest rates rise, leverage will reduce further, leading to a necessity for price decreases to hit target yields,” the report reads.

On the topic of construction, developers will also have their work cut out for them next year in making their deals pencil. “Like the period after the great financial crisis, there can often be no level at which a land-buy pencils for LP [limited partner] investors who will conservatively underwrite higher exit cap rates to account for possible cap rate inflation,” the report reads.

“As construction costs eventually decline, investors will re-evaluate, but expect many developers to put their development deals on hold or try to trade their land at discounts to well-capitalized buyers,” the report reads.

With capital stacks battling the gaps of a less liquid market, rescue capital, mezzanine debt and preferred equity will continue to be in high demand next year, and providers will have their work cut out with a tidal wave of loan maturities hitting in 2023. As such, “a substantial amount of capital is being poured into commercial real estate funds that are designed to take advantage, expecting 15 percent to 20 percent-plus internal rate of returns,” the report reads. While multifamily and industrial will likely be top of investors’ lists at the start of the year, “as the year winds on and the amount of capital chasing these product types is greater than the opportunities available, expect these funds to start considering hospitality, retail, and select office transactions as well,” the report reads.

To end, while the deep freeze in the capital markets has been felt by the entire industry, a gradual thaw is likely coming next year, according to the report. In fact, with inflation data lagging roughly six months, “raw data suggests inflation is already greatly reduced, more than it is showing in current [consumer price index] figures. As the results are released, the Fed should eventually start to indicate a slowing or stopping of rate hikes, after which lending will pour back into the market in force.”

For now, “it is prudent to take the appropriate maneuvers to mitigate risk for existing assets, but also figure out ways to otherwise profit from market dislocation as we head into the unknown.”