Luxury Home Sales Plummet as 2022 Comes to a Close: Redfin

Rising interest rates sucked the potential out of high-end investment properties, but the Southern California and Florida markets bucked the trend 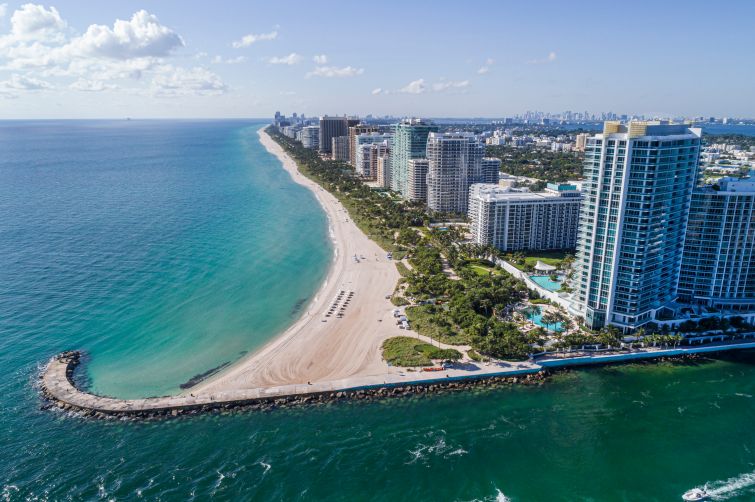 Even wealthier Americans were fair weather homebuyers in 2022 as interest rates climbed, according to Redfin.

Sales of luxury homes fell 38.1 percent nationwide on a year-over-year basis for the three-month period ending Nov. 30, according to the real estate data firm. That made 2022 the worst year on record for the luxury housing market since Redfin began tracking those figures in 2012.

Why? Simply put, home values are expected to fall in 2023, so investment opportunities — which is often the primary purpose of buying a luxury home — diminished. Non-luxury homes saw a 31 percent dip in the same time period, Redfin reported.

Supply, of course, played a major role in how luxury homes were traded in cities like Miami and Los Angeles, according to the report.

Some of the biggest increases in supply year-over-year were in Austin, where available inventory of luxury homes increased 51 percent; Denver, where it increased 50.1 percent; and Nashville, where supply rose 35.7 percent. Prices went down in all three cities.

On the other hand, Southern California saw major declines in the supply of high-end housing on the market. In Anaheim, inventory dropped by 22.5 percent, and Los Angeles by 19.4 percent. Miami also saw some of the biggest declines, with a drop of 16.6 percent year-over-year.

Because of less supply, listings in Southern California saw slight increases in price, including a 9.7 percent increase in Los Angeles, while markets all over Florida really skyrocketed. Miami prices went up by 28.1 percent, Tampa was up by 27.7 percent, West Palm Beach registered a 25 percent increase, and Orlando prices rose 23.7 percent year-over-year, according to the report.

This is after a third-quarter report from Redfin showed that rents for single-family homes in Miami were subject to an average 20.1 percent increase compared to the same period in 2021, Commercial Observer reported in November.

But average mortgage rates also dropped too as November turned to December, something Redfin acknowledged as a silver lining that could mean luxury sales have already started on an upward trajectory.

“There has been a small shift in the market that’s not fully showing up in the data yet. With mortgage rates falling, a lot of house hunters see this as their moment to come back and compete,” Shoshana Godwin, a Seattle Redfin agent, said in a statement. “Many of my buyers are taking out jumbo loans — mortgages typically used for purchases of high-end homes. While some data shows jumbo mortgage rates above 6 percent, some of my buyers are getting rates in the low 5 percent range.”

It remains to be seen how the Federal Reserve’s seventh rate hike of 2022 in mid-December by 50 basis points will factor into the luxury housing market going forward.