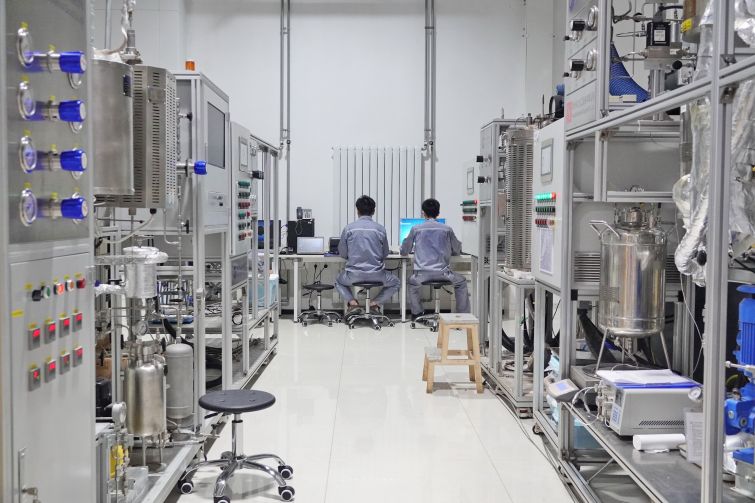 Money is flowing in and out of the life sciences facilities expanding throughout California.

The state’s lab and biotech industries provide 435,693 jobs that generate $376 billion in total economic output, according to a new report from Biocom California, an association representing life sciences companies and research institutions.  Joe Panetta, the association’s president and CEO, said the Golden State continues to be a leading innovation hub for the life sciences industry.

“Over the last few years, and especially during the COVID-19 pandemic, the life science industry experienced an influx of investment interest and National Institutes of Health funding for the sector,” Panetta said. “It’s clear the work the industry does every day has a significant impact on California, providing high-paying jobs directly and indirectly across the state.”

With the San Francisco Bay Area and Greater San Diego, California is home to perhaps the two largest life sciences clusters in the nation outside of Boston-Cambridge. The state also has a growing secondary hub in Greater Los Angeles.

The Bay Area represents $150.9 billion in regional economic impact, according to Biocom. Approximately 40 percent of all California’s NIH funding comes to the Bay Area, which is home to UC San Francisco, Stanford University and UC Berkeley. It is also home to the largest life sciences workforce in the state totaling approximately 146,000 people, mostly in San Mateo County, and focused largely on biotechnology.

According to CBRE’s third-quarter market report, the Bay Area life sciences market saw a slight drop in demand for lab space as vacancy rose 90 basis points from the previous quarter to 6.2 percent. Over the past 10 years, life sciences occupancy in the Bay Area has grown by more than 10 million square feet.

L.A.’s life sciences industry generates an economic impact of $87 billion, according to Biocom. As the home to education and research institutions that include UCLA, USC, Caltech, Cal Poly Pomona and City of Hope, L.A. County has a life sciences workforce of roughly 80,000, with biotechnology leading the way after 16 percent growth year-over-year.

“Although the Greater Los Angeles region is still emerging as a recognized life science hub, the amount of NIH and National Science Foundation dollars awarded to this life science ecosystem is greater than any other region in the state of California [at $1.4 billion],” according to Biocom’s report. According to CBRE’s latest life sciences market reports, L.A.’s life sciences market ranks ninth in the nation in terms of inventory, but its vacancy rate is well above the national average, clocking in at 10.9 percent.