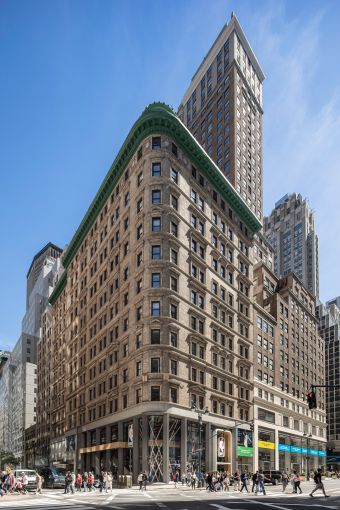 Sandeep Diamond Corporation and IDD USA are relocating from 535 Fifth Avenue — also owned by Moinian — to occupy the entire fourth and 10th floors of the building three blocks north of Bryant Park, according to the landlord. Each floor is 13,114 square feet.

The Moinian Group did not disclose the asking rents.

“Sandeep Diamond and IDD USA are affiliate diamond companies with an international reach, both in growth mode, who wanted to expand their Midtown presence in a high-traffic area with proximity to both the Diamond District and Grand Central Terminal,” Ted Koltis, executive vice president of commercial leasing for The Moinian Group, said in a statement.

The Moinian Group used in-house representation in the deal while Joshua Goldman of Avison Young negotiated on behalf of the tenants.

“Even though our client had a variety of options, it was our preference to pursue a space within Moinian’s portfolio given their competitive offer,” Goldman said in a statement.

IDD is a distributor of diamond jewelry and loose diamonds, while Sandeep Diamond helps retailers across the U.S. and Latin America launch storefronts, according to the company’s website.

The 13-story building recently underwent about $42 million in capital improvements and is no stranger to the world of jewelry. Earlier this year, The Moinian Group signed the gemstone certification organization International Gemological Institute to 23,569 square feet.