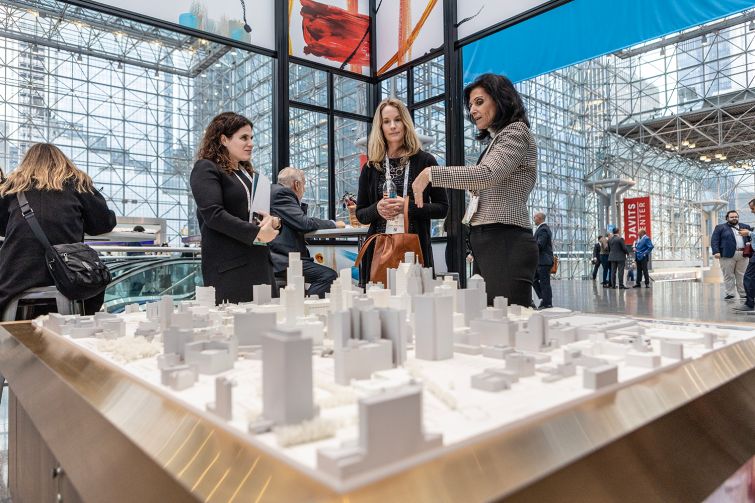 Downtowns are coming back, but it could be a lot better.

That was the perspective of panelists from major companies at the Innovating Commerce Serving Community’s “Downtown Reboots: the Future of Retail and City Centers” discussion on Wednesday. The potential for New York City’s revitalization remains, but the city has made only a partial return.

Larisa Ortiz, managing director at Streetsense, believes the answer to revitalizing downtowns and business districts is as simple as putting housing in those rather empty areas.

“The elephant in the room is that people are not in downtowns — at least in office-centric downtowns — the way they were,” Ortiz said during the panel. “We have to think about putting people in these buildings whether they’re working or they’re living, because they come downstairs and they spend money.”

Ortiz’s assessment was agreed upon by the other panelists, including Andrew Minea, director of sales for Springboard, which measures foot traffic in retail areas. Minea said retailers should not be holding out hope that traffic to office buildings will recover.

“I think that when you talk about housing, that’s what’s going to come back to this new normal where we’re at, because the office is not going to return to pre-COVID levels,” Minea said. “Until there’s a transition in terms of where people are spending their weekdays, whether it’s because they live there, then the levels are not going to come back to anywhere close [to where they were before the pandemic].”

Tabassum Zalotrawala, chief development officer for Chipotle Mexican Grill, added that people visiting neighborhoods during the day is an essential part of where the chain establishes new locations, so an empty office district might not be a great fit.

“As the landlords are curating their tenants, what we look at from a restaurant perspective is, are people going to come back?” Zalotrawala said. “There’s convenience from parking, that’s always going to be a factor for restaurants, but I think the most important [factor] is daytime population.”

Barrie Scardina, Northeast regional president for Cushman & Wakefield, was not optimistic that the office leasing environment would change in any meaningful way, so retailers simply need to adapt for the long haul.

“I don’t think we can be fooled that this hybrid working environment is really going to change, and we need to be factual in terms of how we approach it,” Scardina said. “I think we’re not going to have people in the office to the same degree. How many lunch and breakfast places do we need, and what kind of jazz bars or beer gardens or other curated experiences should we really bring in?”