Gig Workers vs. Full-Time Employees: The Pros and Cons for Proptech Startups

Determining the balance between 1099s and W2s to sustain growth 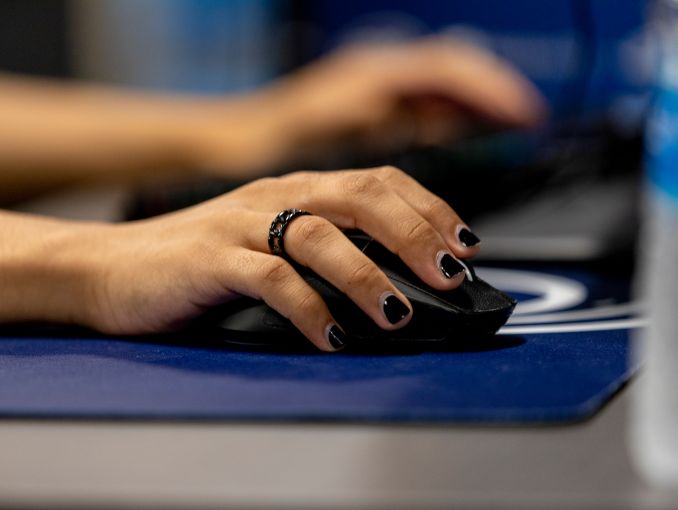 Even as the U.S. economy added 263,000 new jobs in November, year to date the tech sector has been battered by more than 88,000 layoffs. Although proptech hasn’t suffered the same degree of layoffs as Big Tech, startups in the field still have to strike the right balance of gig workers versus full-time employees to sustain and grow their businesses in an uncertain economy.

At least they start in a more comfortable place. Unlike the Big Tech companies  — aka the FAANG ones of Meta (formerly Facebook), Apple, Amazon, Netflix, and Alphabet (the “G” refers to Google) —  that overestimated the strength of the economy and hired wildly over the last couple of years, proptech generally kept its hirings to a more modest level.

However, the macro economy has caused technology companies big and small to downsize, while forcing them to reassess their use of 1099 contractors and W2 employees, according to proptech CEOs and venture capitalists.

Calzadilla sees the pluses and minuses of gig versus full-time workers. Gig workers provide certain efficiencies, budget flexibility, speed to hire, and an easy way to end the relationship, but when they leave they take their company knowledge and risk exposure of the organization’s proprietary information, he said. Full-time employees require high costs and onboarding time, but provide a dedicated resource that can grow and impact an organization in many ways.

“Local Logic is 98 percent full-time employees, but gig workers are used for speed, tactical work — things like research or limited-scope work that has a clear ‘end’ — versus a long-term strategic project. However, we can de-risk hypotheses with gig workers if hiring is seen as a risk due to time constraints.”

Robert Cooper, co-founder and CEO at Embue, a cloud-based climate tech platform for managing smart apartments and buildings, raised a $2.3 million seed round in November, enabling the company to expand its current staff of 16 full-time employees.

“Post the seed round, we’re about 80 percent W2 employees at this point,” said Cooper of his Boston-based startup founded in 2015. “That’s a real milestone for the company. When you do that you’re offering health insurance and you’re really building a team at that point. That’s also super important for a startup. You’ve got people that are committed to you in a lot of different ways, and you’re coming back to them in terms of offering them the best kind of benefits.”

Looking at startup hiring through a broader lens, the lack of comprehensive health care in the U.S. is a major drag on economic growth, Cooper added. “There’s a bunch of people that would want to work with startups if they could get [health benefits],” he said.

Embue had an early association with Greentown Labs, a climate tech startup incubator, said Cooper. The incubator gave the then-nascent Embue an alternative to contract or full-time employees: co-op workers — students who work in their fields as part of their academic study.

“One of the key things about Greentown Labs, especially in those early days before our corporate support, was that their sharing was super, super important, because you’re a tiny company that in a way is a much bigger company with much more capabilities by being able to tap into people with the right expertise for a fun project,” said Cooper.

The nearby co-op programs of Northeastern University and Worcester Polytechnic Institute added to the depth of talent available to Embue, because, “It’s a fantastic path for those students, but it’s actually a very good path [for startups].”

On the venture capital side, Aaron Ru, a principal at RET Ventures, a proptech-centric VC firm, sees the company’s startup portfolio issues of gig workers versus full-time employees from a more global hiring perspective. The Park City, Utah-based firm has “approximately 30” proptech startups in its portfolio, said a company spokesperson.

“Some of the second-order implications of the layoffs at the larger FAANG companies and tech companies is that a lot of our startups who are still in hiring mode are finding a much higher caliber of talent,” said Ru. “For example, a startup in Seattle previously was making offers and then hearing back from engineers that they had taken a $500,000 package from Facebook instead. Now they’re able to push for better talent.

“But you’re seeing rightsizing, organizations are seeing layoffs, and part of that is also [startups] taking a closer look at transitioning some of their engineering from onshore to offshore. So where we have seen the most focus and highest leverage has been across some of our portfolio companies that have built out a significant presence of engineers offshore, typically on a contract basis.”

“Their entire company is global. The two founders sit in Honolulu with most of the marketing organization, but product sits in Argentina and engineering sits in Brazil. It took a few years to build an organization like this, finding three to five really good engineers in Brazil, and then hiring a really strong CTO.”

From that start, TurnoverBnB used its growing hiring network in Brazil to attract engineers to whom it could pay a much higher salary than could competing Brazilian companies. Ru said that allowed the company to build out an engineering office in Brazil of more than 50 people at a cost probably one-seventh to one-eighth of what it would be in the U.S.

“But it’s not easy,” he said. “A lot of companies in our portfolio have talked to the founders and said, ‘How do you do this?’ You really have to find high-quality people when you’re first starting out and then build out the office for them. Companies that try to hire someone in Estonia, in Ukraine, and someone in Brazil or in India, and then get them to work together across time zones, it’s just not going to work.”

Adding to the luster of offshoring for startups is that many non-U.S. workers are happy to be paid as 1099 contractors due to foreign tax laws that make W2 payroll employment more costly to them.

“The other big difference is U.S. tech workers in proptech are much more attuned to the dollar value of equity versus in many international markets — I’m  thinking Europe, [Latin America] — where the workers would rather get a bonus every year versus getting equity,” Ru said. “That again aligns more with the 1099 model than with W2s.”

While high-quality offshore engineers fit well into the 1099 model, Ru sees the contracting scenario continuing for other types of U.S.-based workers.

“We’re seeing more leveraging of contract workers in the business functions like marketing, design and recruiting,” he said. “Also, for some of our companies in the proptech space that have had layoffs recently, they’re using 1099 as a way to potentially get back workers that they did not need 100 percent.”

Complicating the issue further is what Ru sees as the uncertainty of the current macroeconomic marketplace, where potential tech workers are actually more reluctant to take full-time employment.

“With valuations getting cut, with the uncertainty in the funding environment, I think employees rightfully are looking at their equity and saying, ‘Wait, is this worth anything? Or am I willing to trade more of this for more salary dollars up front?’ That’s part of the implicit calculation that everyone is doing because it’s a little unfair to employees,” he said. “You’ve got to not only do your job and find a good environment for you to be the best product manager or marketing manager or engineer, but you also have to sort of think of yourself as picking a stock, doubling down, and getting paid in that currency for the next two, four, six years.