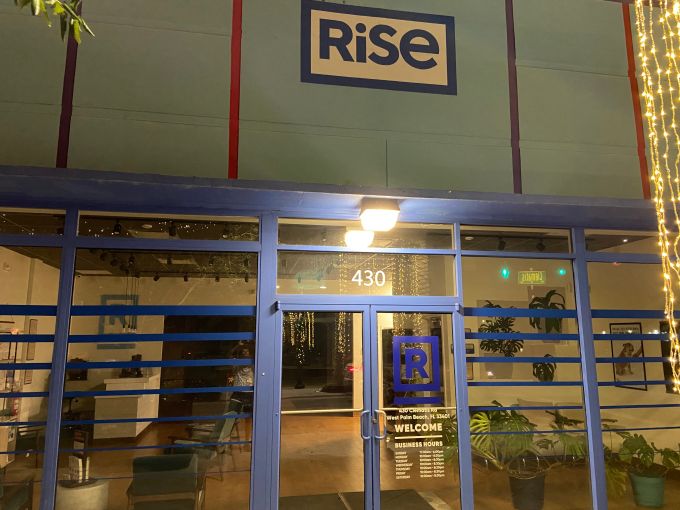 In a rare bit of pushback against the explosive growth of Florida’s medical marijuana industry, business leaders in Downtown West Palm Beach are asking the city to halt approvals of new dispensaries.

However, it’s unclear if state law allows the city to make such a move — and whether it would be politically feasible. After all, Floridians have embraced the nationwide push toward cannabis legalization.

Florida voters overwhelmingly approved a state medical marijuana program in 2016, and more than 775,000 Floridians had signed up for medical marijuana cards as of mid-December, according to the Florida Department of Health’s Office of Medical Marijuana Use.

To meet the demand from all those patients, state-licensed cannabis companies have opened more than 500 dispensaries statewide, including three in Downtown West Palm Beach with a fourth on the way.

Downtown leaders say that’s enough pot shops for now. The Downtown Development Authority asked the city to impose a six-month moratorium on the approval of any additional cannabis businesses downtown — although state law doesn’t give the city the legal authority to make such a move.

“We’re about to have four,” Raphael Clemente, executive director of the Downtown Development Authority, told city commissioners in November. “There is apparently significant interest from others, hence somewhat of a sense of urgency to call a timeout on this and see if there is a way we could maybe be a little more judicious about how we allow them to be sited in downtown.”

Downtown West Palm Beach is home to hundreds of businesses, including restaurants, bars, fitness centers, hotels and offices, so the handful of dispensaries doesn’t exactly dominate the district’s tenant mix. Still, Clemente worries that because cannabis businesses are at prominent locations downtown, they could come to play an outsized role in the city’s image.

“The concern from the [Downtown Development Authority] board, from business owners, property owners and residents is that the growing number of them in the downtown area does seem to send a message and create a perception about the place we are,” Clemente said.

The resistance comes after many South Florida municipalities welcomed dispensaries as a way to fill long-vacant spaces. In Lake Worth Beach, a city south of West Palm Beach, a dispensary took over a former bank branch opposite City Hall that had sat empty for years.

West Palm Beach’s first medical marijuana dispensary opened in June 2019, when the company formerly known as MedMen Enterprises opened at 539 Clematis Street. The 7,500-square-foot building had gone through a revolving door of tenants.

In a written request to the city commission, Clemente wrote that dispensaries are “not generally open to the public, have windows and doors that do not attract, or are not welcoming to, the public.”

“The proliferation of this type of business has a deleterious effect on the area by sending the wrong message about our community, creates a negative perception of our place, and prevents other, more beneficial types of businesses from opening,” Clemente wrote.

Clemente did point out that marijuana dispensaries haven’t created crime or other problems. One dispensary is steps from the city police headquarters, and others are close to City Hall and the public library. Downtown merchants’ concerns focus on perception and image.

However, state law doesn’t allow cities to make their own rules. After the 2016 referendum, Florida lawmakers told municipalities that they had three regulatory options: They could prohibit state-licensed marijuana dispensaries altogether, they could impose a moratorium while they studied the issue, or they could allow dispensaries under rules no more restrictive than those that apply to pharmacies.

“This is one of those areas where the state government pre-empted our ability to decide exactly where or how medical marijuana dispensaries would locate, and rather said that we had to treat them like we treat all pharmacies,” West Palm Beach City Attorney Kimberly Rothenburg told commissioners. “So, if we allowed pharmacies in the downtown, then you’d have to also allow medical marijuana dispensaries to locate in the same way, with one caveat — that they couldn’t be within 500 feet of certain specified locations.”

After the 2016 referendum passed, municipalities such as Delray Beach, Palm Beach and Jupiter banned dispensaries. Those prohibitions narrow the cannabis companies’ options to cities that allow them.

The growth of Florida’s medical marijuana industry is revealing the flaws of a Florida law that imposes one set of rules statewide, said attorney Susan Trevarthen, chair of public sector land use and zoning at Miami-based law firm Weiss Serota Helfman Cole & Bierman.

There’s also the political reality that weed is popular in West Palm Beach. Statewide, 71 percent of voters said yes to the 2016 referendum. In Palm Beach County, 75 percent approved, and in West Palm Beach, 77 percent voted yes, according to the Florida Division of Elections.

Elsewhere in the nation, even marijuana-friendly downtowns have limited dispensaries. In Boulder, Colo., for instance, the downtown district limits the number of dispensaries and doesn’t allow them to occupy storefronts facing onto major streets. However, Florida law doesn’t seem to allow the same leeway for its municipalities.