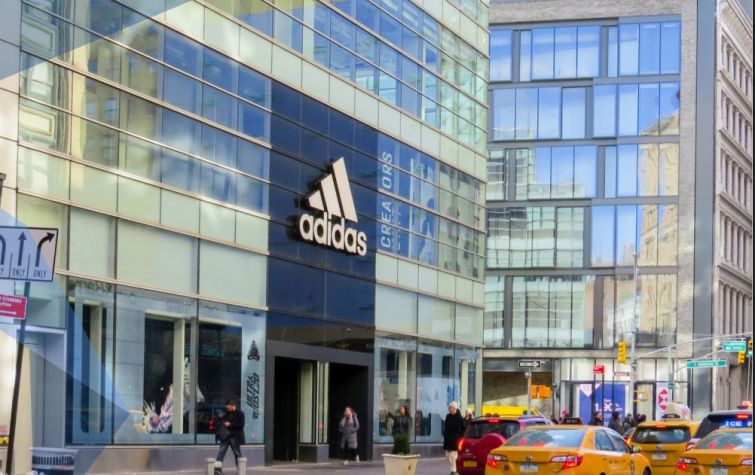 Adidas is keeping its feet planted as the anchor tenant of LaSalle Investment Management’s 610 Broadway.

The sports giant moved into the 30,639-square-foot storefront at the corner of Broadway and Houston Street as the building was completed in 2004, but renewal negotiations were repeatedly stalled over the course of the pandemic with both the landlord and tenant focusing on short-term needs, according to landlord broker JLL.

However, the deal finally gained traction and Adidas signed on for another 10 years. JLL declined to disclose the asking rent.

“Both parties worked through the challenges and, in the spirit of partnership, achieved a great outcome for the brand, the building and the neighborhood,” JLL’s Patrick Smith, who represented the landlord with colleagues Erin Grace, Matthew Ogle and Corey Zolcinski, said in a statement.

Adidas represented itself in the negotiations.

JLL added that this lease continues the SoHo retail market’s rebound from the pandemic lows. Lately,  brands from fashion designer John Varvatos to jeweler Vashi have taken over empty storefronts.

This year The House of Cannabis, a 30,000-square-foot marijuana museum, signed at the Chetrit Group’s 427 Broadway, while Prada renewed its location of about the same size at 575 Broadway.

Overall, JLL has recorded that the year-over-year availability rate dropped nearly 10 percent in SoHo during the third quarter as apparel and accessories brands returned.