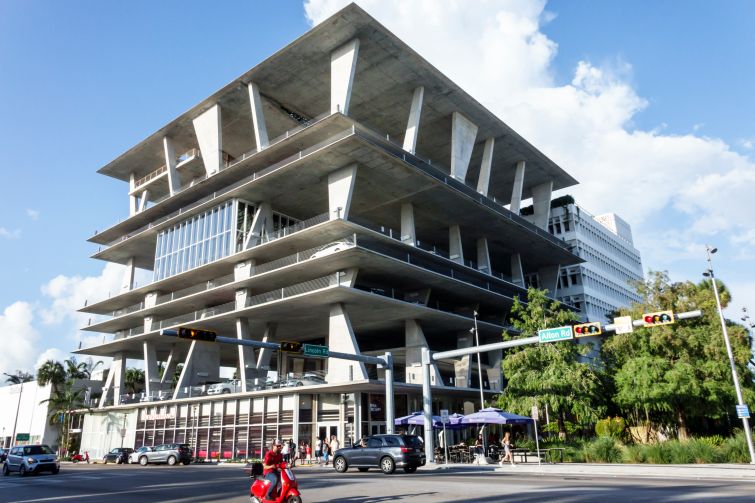 A5 Hospitality filed for permits to open a 146-seat establishment inside the famed concrete structure designed by Herzog and de Meuron, a Swiss firm that won the coveted Pritzker Architecture Prize in 2001.

The Montreal-based hospitality group inked a 4,500-square-foot deal early last year to lease a former restaurant space on the fourth floor of the nine-story property, owned by German investment fund Bayerische Versorgungskammer, according to Colliers’ Jonathan Carter, who represented the landlord.

“The concept is to have the best local cultural atmosphere with a tasty tapas-style menu … with live entertainment — most often provided by DJs,” the permit application states. The venue will feature a 49-seat outdoor patio.

A5 Hospitality’s website lists all its establishments in the Montreal and Toronto areas, so the concept appears to be the group’s first foray into the United States. A representative for the company did not respond to a request for comment.

1111 Lincoln Road, at the western end of the pedestrian shopping street, features about 52,000 square feet of retail space, 94,500 square feet for offices, and a 300-space parking garage that’s sometimes converted into an event venue.

Juvia, a restaurant and lounge, will remain on the top floor. Fast-food joint Shake Shack, coffee-table book seller Taschen as well as fashion brands Ted Baker and Osklen are based on the ground floor of the property.