The suit wants to bar Trump and three of his children from doing business in New York. 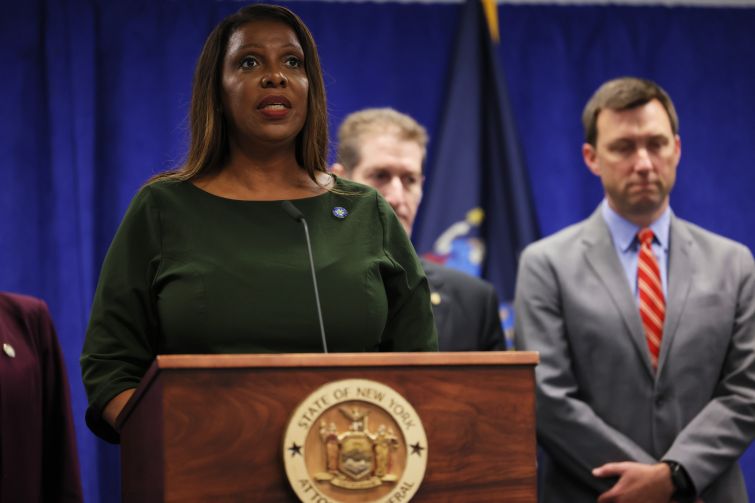 Former President Donald Trump, his organization and three of his children were accused of fraudulently manipulating property valuations in their portfolio by millions of dollars for tax and loan purposes, according to a new lawsuit filed Wednesday by New York Attorney General Letitia James.

The 214-page civil suit follows a yearslong investigation by James’ office into the allegedly fluffed value of Trump Organization assets in New York and California. The suit coincides with a separate federal investigation launched after Trump allegedly removed classified documents to his Mar-a-Lago home once his term in the White House was up.

“The examples I laid out just barely scratched the surface of the misconduct that we have uncovered,” James said Wednesday during a press conference. ”All told, we uncovered more than 200 examples of false and misleading asset valuations that were used on his statements. The pattern of fraud and deception that was used by Mr. Trump at the Trump Organization for their own financial benefit is astounding.”

James also alleges that brand premiums were taken into account when calculating an asset’s value, despite not being disclosed.

In the past, Trump has called the investigation by James’ office a “witch hunt” and an attempt to make good on her 2018 campaign promise to launch a probe into his finances; both of these counteraccusations made a return in the Trump Organization’s four-paragraph reaction to the lawsuit.

“An attorney general is supposed to be fair, impartial and unbiased — not weaponize their office to pursue a political vendetta or target their political opponents,” a Trump Organization spokesperson said in a statement. “Today’s filing by Attorney General James sets a dangerous precedent — not just in New York, but for our entire nation.”

Trump Organization former CFO Allen Weisselberg, who has been arrested and pleaded guilty Aug. to 15 charges of criminal conduct in a case brought by Manhattan District Attorney Alvin Bragg, was also mentioned in the suit.

If successful, James’ suit would require the organization to repay $250 million in allegedly fraudulently acquired funds. It also would bar Trump, Eric Trump, Donald Trump Jr. and Ivanka Trump from serving as officers or directors in any corporation in New York and prohibit them from making commercial real estate acquisitions in New York for five years.

In May, a judge dismissed a lawsuit by the former president in a bid to end the investigation.

James laid out evidence that the Trump Organization consistently overvalued its portfolios — sometimes by more than 50 percent — in an effort to get loans with lower interest rates and better terms. At 40 Wall Street, James accused Trump of listing the property as worth $524 million in 2011, then increasing it to $530 million over the next two years, despite a “series of bank-ordered appraisals” that found the property was worth $200 million in August 2010 and $220 million in November 2021.

The investigation has impacted Cushman & Wakefield in its scope for the role the firm may have played in raising the appraised value of the properties in the Trump portfolio. The New York Times reported in 2020 that the Trump Organization hired C&W to appraise the Silver Springs Estate in Westchester, N.Y., and pushed the brokerage to increase its valuation, which it declined to do.

James said that an investigation into C&W is ongoing, and the firm has been held in contempt of court for allegedly fighting subpoenas. Deutsche Bank has also been under investigation but has been cooperating with James’ office, the AG said. 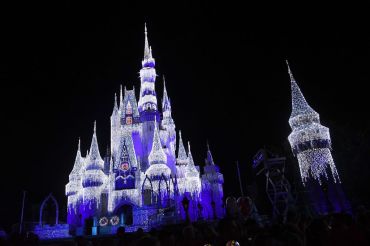