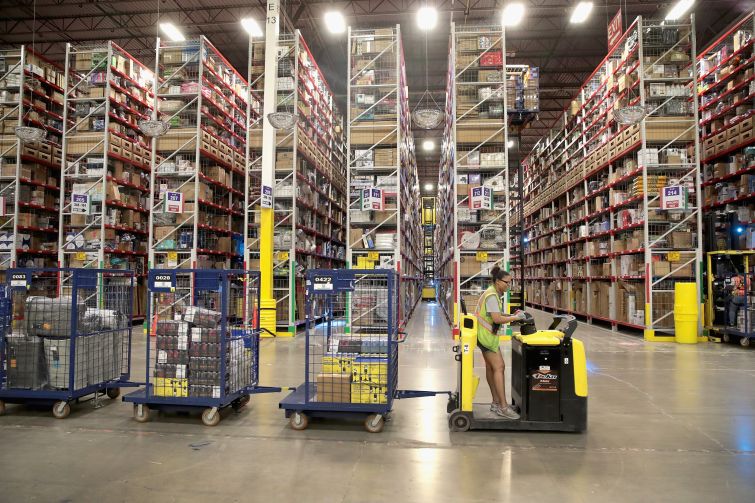 Tishman Speyer and Mitsui Fudosan are looking to get their piece of the pie of industrial assets across the U.S.

The firms formed a new logistics venture that has pooled $500 million in seed funding for the acquisition, development, redevelopment and operation of industrial properties in major port cities, as demand for these assets has reached a pinnacle over the last two years, the companies announced Tuesday.

The joint venture is targeting its investment at industrial properties in Los Angeles, the New York City metropolitan region, Washington state’s Puget Sound region, the San Francisco Bay Area, San Diego, Boston, Chicago and Washington, D.C.. One of the more inland markets will be Austin, Texas, according to the JV. News of the venture was first reported by PERE.

“The evolving needs of today’s consumer have generated strong demand for well-located, functional industrial properties. This is especially true in the most supply-constrained urban centers,” Tishman Speyer CEO Rob Speyer said in a statement. “Through this new joint venture, we intend to create and operate facilities that bring companies closer to their customers.”

Tishman Speyer — which is mainly known for its office and residential portfolio — has been in the industrial game for less than a year, having purchased its first properties in Pittsburgh and Colorado Springs in December 2021. The company later appointed Andy Burke as managing director and head of its industrial arm.

It previously worked with Japanese developer Mitsui Fudosan as a partner for a similar venture Mitsui Fudosan launched about a decade ago to snag up to 53 industrial assets on the other side of the Pacific, according to Sean McSweeney, senior vice president of acquisitions at Mitsui Fudosan.

The stateside JV move comes as industrial space in New York City continues to tighten, with the overall availability rate decreasing 40 basis points from the previous quarter to 6.1 percent, according to a third-quarter report from Colliers on the outer borough markets.

The lowest available inventory across New York City was in Staten Island at 1.2 percent with asking rents up 5.1 percent quarter-over-quarter at an average of $23.56 per square foot.