SoCal Rents to Climb Across the Region by 2024: USC 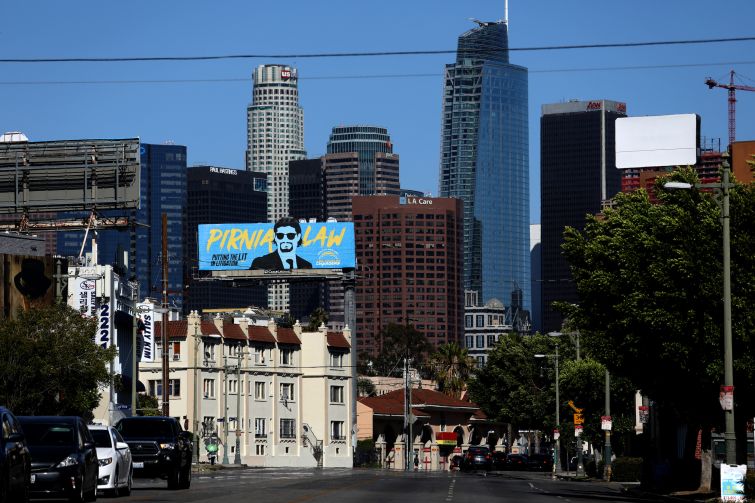 The downtown skyline seen from the Pico-Union neighborhood along Olympic Boulevard. The USC forecast predicts monthly rents will increase by at least $100 in all five SoCal markets over the next two years, with vacancy rates also due to remain at low levels. Gary Coronado / Los Angeles Times via Getty

The report, released earlier this month, cited macroeconomic factors including inflation and rising interest rates, both of which promise to make it more expensive for developers to build new rental housing in already supply-constrained markets, and more difficult for renters to become homeowners, spurring demand and pushing rents further upward.

Richard Green, director of the USC Lusk Center, said that while the Federal Reserve’s decision to ramp up interest rates “might slow inflation, rapid rate hikes could have a different impact on housing in Southern California.”

“High interest can be a barrier to new housing construction or a renter’s decision to become a homeowner,” Green said. “Both add stress to the rental market and drive up prices.”

The forecast also pointed to the pandemic-influenced trend of “outmigration,” which has seen “low-income households” venture further away from urban cores in search of affordable housing — driving up demand in markets like the Inland Empire and simultaneously resulting in higher per-capita income in cities like Los Angeles.

“Outmigrants were largely lower-wage earners seeking affordability in places like the Inland Empire … where housing is built more rapidly and rents are less expensive,” said Green, noting that “the big unknown is whether the outmigration trend will continue in the post-pandemic work environment.”

In addition to macroeconomic factors, USC Lusk noted that new housing construction is at “among the lowest levels in the U.S. on a per capita basis” in all five of the markets tracked by the forecast. The L.A. metropolitan area, for instance — which, as defined by the report, includes Orange County — builds less than half as much housing as either Dallas or Houston, despite being 70 percent more populous than both Texas cities.

As a result, the forecast predicts monthly rents will increase by at least $100 in all five markets over the next two years, with vacancy rates also due to remain low. By October 2024, L.A. County is expected to see average rents climb 4.7 percent, to $2,289 per month (from $2,187 per month in October 2022), while the vacancy rate is projected to rise moderately to 4.6 percent (from 3.6 percent).

Orange County average rents are anticipated to climb even more steeply to the tune of 7.1 percent, to $2,781 per month (from $2,597 per month), while the vacancy rate is slated to rise to nearly 4.4 percent (from 3 percent). And in the rapidly growing Inland Empire — home to more than 1 billion feet of industrial real estate and a major destination among outmigrating populations — average rents are forecasted to climb 12.7 percent, to $2,230 per month (from $1,978 per month). Inland Empire vacancy rates are set to notch down, however, to 3.7 percent (from 4.3 percent), as the region continues to be limited in terms of new multifamily construction.