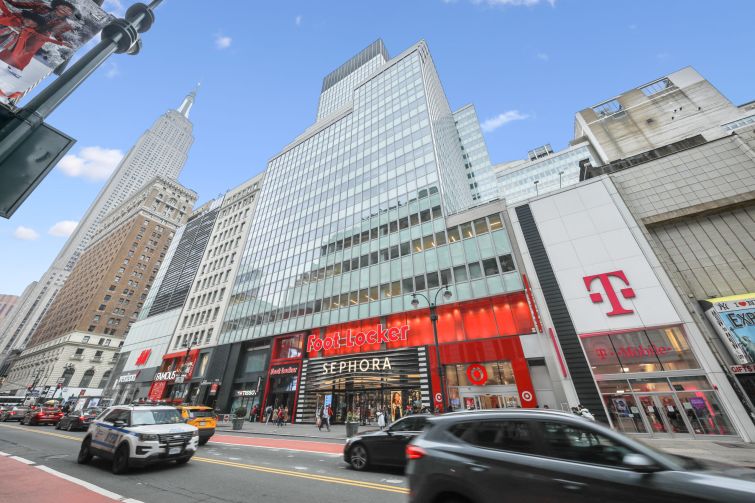 The manufacturer and retailer of charm bracelets, rings, earrings and necklaces signed a 10-year lease for 1,793 square feet of ground-floor space. Asking rent for the storefront was $600 a square foot.

“The retail brands at 112 West 34th Street are some of our best performing stores based on store foot traffic and retail sales,” said Fred Posniak, a senior vice president of leasing at Empire State Realty Trust. “We are pleased to bring another great brand to the ESRT portfolio.”

Posniak handled the deal in-house for ESRT, while Robert Gibson and David Berke of JLL represented Pandora in the lease negotiations. JLL’s spokespeople didn’t immediately return a request for comment.

Pandora will join Foot Locker, Sephora and Target in the 26-story, 729,000-square-foot building, which sits between Avenue of the Americas and Seventh Avenue.

The Danish jeweler currently has nine stores around the five boroughs, including a flagship location in Times Square, and recently announced plans to open a New York City corporate headquarters as it continues to boost its presence in the city, Women’s Wear Daily reported.