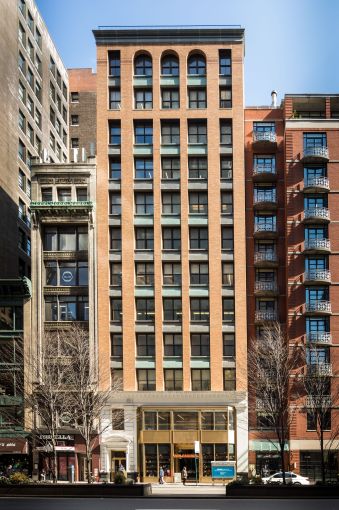 Dos Caminos signed on for another five years at the 13,900-square-foot 373 Park Avenue South eatery it has operated since 2002, Commercial Observer has learned.

The Mexican chain, with four other locations in Manhattan, has the run of the 6,500-square-foot ground floor and 7,400 square feet in the basement and mezzanine levels in the Midtown South office building, according to ATCO Properties & Management.

“Dos Caminos has been a staple of the dining scene on Park Avenue South for many years, and we’re so pleased that it will continue to be a neighborhood amenity for the foreseeable future,” Kate Hemmerdinger Goodman, co-president of ATCO who represented the landlord in-house, said in a statement.

Dos Caminos, which represented itself in the deal, could not be reached for comment.

The 12-story, 110,000-square-foot office building sits a little over a block east of Madison Square Park and shares many design features with its “sister building,” 381 Park Avenue South, which stands a little taller at 17 stories, according to ATCO.